Lost star Naveen Andrews has revealed his break up with 12 year long life parter Barbara Hershey. 41 year old Naveen Andrews and Hannah And Her 62 yearl old Sisters star Hershey, who caused controversy when they started dating due to the 21-year age difference, ended their relationship six months ago. 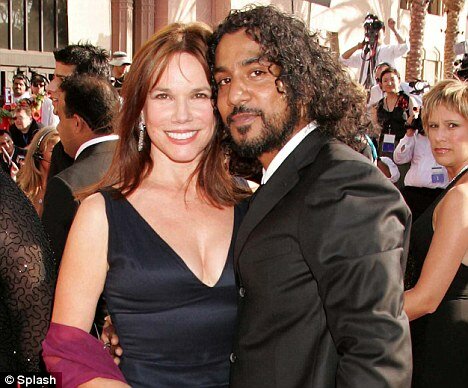 The pair met in 1998, when Andrews was just 29, on the set of the film Drowning on Dry Land. They were together until a brief 2005 separation after Andrews confirmed that during the split he fathered a child with another woman.

But Andrews and Hershey got back together and continued their relationship until breaking up last year.

Speaking about their relationship, Hershey had said: ‘Naveen is full of contradictions. He’s truly well-read, yet he’s very street. He kind of gives off this quality of danger at times, and yet he’s very vulnerable. He’s extremely serious and he’s very funny.‘