You are here: Home / Entertainment / My Life As Liz Season 2 Spoilers & Episode Guide

The final episode of My Life as Liz Season 1 “The End of the Beginning” aired on 8th March 2010 on MTV in US. In the episode, Liz is moving to New York and Bryson telling Liz about his feelings. The episode leaved a question in viewers’ mind that was the episode season finale or series finale? Yet, MTV has not announced the season 2 for My Life as Liz. The first season debuted on January 18, 2010 and ended on March 8, 2010. My Life as Liz Season 1 has contains of 9 episodes. 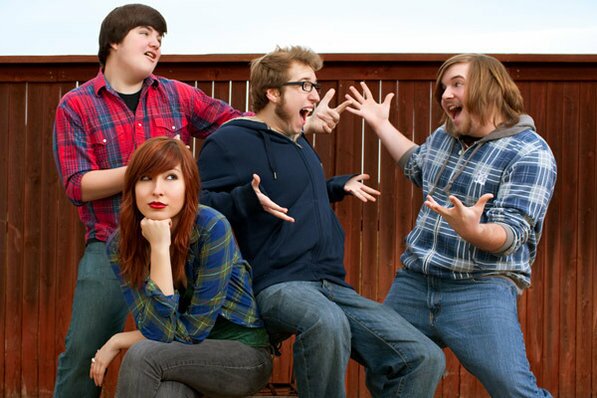 My Life as Liz is an American television series produced by MTV Studios. The series is about a small town Texas girl, Liz Lee, trying to accomplish living her senior year of high school the best while juggling friendships and love interests. “My Life as Liz” explores high school life with the eyes of Liz Lee, a precocious, sometimes sarcastic, always witty teenage girl. The series explores Liz’s attempt by carving out a place of her own among her more “normal” peer to make the best of her senior year, ever the outsider. Thought Lee’s off-kilter outlook and impeccable comedic timing, her journey of self-discovery is often humorous one and her openness and honest attitude allows viewer to bear witness to the truest and most tender moments of being a teenage girl.

With the episode “The End of the Beginning” on 8th March 2010, the famous series My Life as Liz has completed its first season. For the first season, the show had got good ratings. The big question is spreading all over the web that it was the end of the show or will there be a second season?

The series is listed as a “comedy”, not as a reality show by IMDB. IMDB said “A pseudo-mockumentary focusing on sardonic 18 year old Liz Lee and her attempts to deal with life in her Texas town.” The show cast includes Liz Lee, Cori Cooper, Cameron Frittz, Bryson Gilreath, Tori Langley, Miles Reed Colin Sullivan, Taylor Terry and Troy Yingst.

You can watch the My Life as Liz Season 1 full episodes on www.mtv.com