You are here: Home / Entertainment / Movie Raajneeti again in controversy

Prakash Jha’s upcoming movie Raajneeti has run into many controversies so far. In the early phase of its shooting, Nana Patekar walked out of the project and stopped shooting for the film. After it faced allegations by a script writer Yogendra Konkar, who stated that the script of the movie is similar to a script written by him. 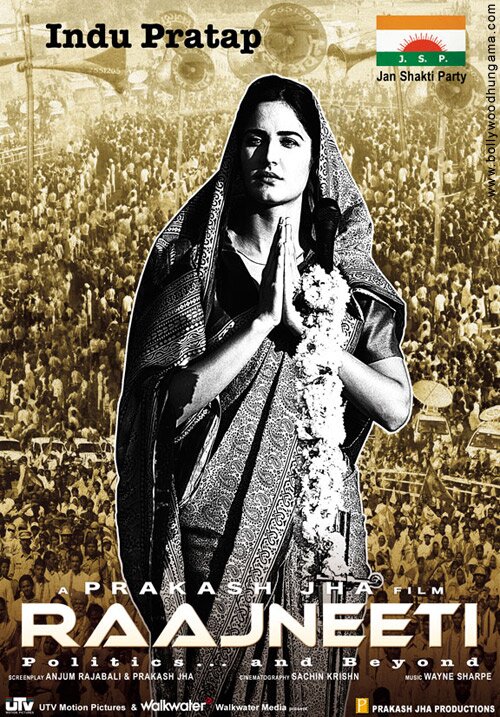 The controversy saga of Raajneeti continued as some of the Congress Party workers accused that the role portrayed by Katrina Kaif in Raajneeti, is based on their leader Sonia Gandhi and the film tries to defame her.

However, after all these problems, the flick has now got an ‘all clear’ signal from the Bombay High Court against the cases of script-lifting and defaming Congress leader Sonia Gandhi. Raajneeti film starring Katrina Kaif, Ranbir Kapoor, Arjun Rampal, Ajay Devgn, Nana Patekar, etc, and is finally set to release without any further delay on June 4.

The movie has also received the U/A certificate after cutting down the love-making scene between Arjun Rampal and Katrina Kaif, and deleting the beeped words.

But now, once again, the film has managed to be the hub of media attention. According to the reports Nana Patekar giving Raajneeti a cold shoulder. The actor seems to be sticking to his words of not being a part of the movie or attending its promos or events or even watching the movie. On the other hand, Prakash Jha is in no mood to settle issues with Nana..