Monterey bay aquarium presents this year’s BLUE Ocean Film Festival from Aug. 24 – 29 in Monterey.  Film selections has been announced for BLUE Ocean Film Festival and from an unprecedented number of entries, more than 85 ocean-related films have been selected to splash during this festival. CA. BLUE, a one kind of film industry and community event that brings together films, filmmakers and leaders in ocean research and conservation.

Monterey Bay Aquarium is the presenting sponsor of BLUE Ocean Film Festival. Ocean-based events will take place in and around Monterey Bay National Marine Sanctuary during this festival including a swim on Aug. 24 across the bay between Santa Cruz and Monterey by marathon swimmer Bruckner Chase. The film industry conference incorporates underwater and topside film and video instruction sessions within the sanctuary.

19 categories is covered by the films and three films will premier at BLUE. 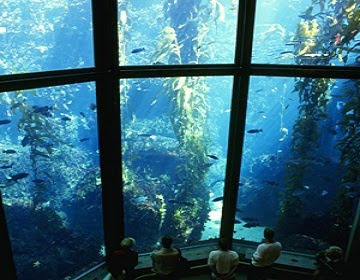 At five Monterey Peninsula theaters, these and more of the world’s best ocean films will be screened. A film industry conference and a conservation summit, round out the robust array of activities and events. Photography exhibits, business of film making panels and presentations, pitching sessions, seminars, VIP parties and networking events, film and photography equipment demos will also be hosted by BLUE. Carl Safina will host a featured forum “Gulf Oil Spill: Tragedy or Turning Point?”

For a complete list of films and registration information, you can visit official website of the Blue Ocean Film Festival.