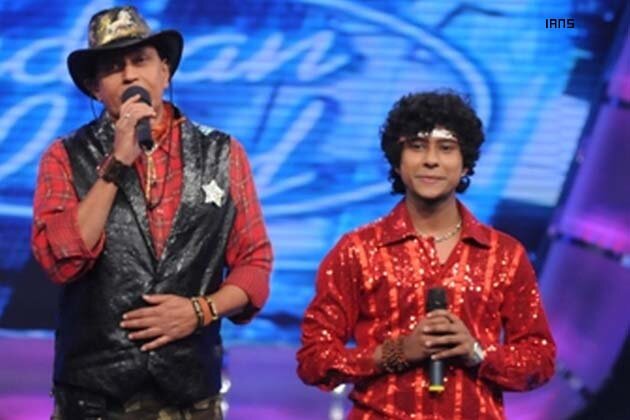 The veteran actor was wearing a cowboy outfit in the show. The 60-year-old, Mithun Chakraborty entertained everyone with his unique cowboy style of judgment for the contestants. He is also called Disco dancer. Mithun declared that if he likes the performance of a contestant then he will trigger the gun twice and in case he loves the performance of a contender then the gun will be triggered once only.

Mithun could still allure the contestants and also audience, the episode was being so much enjoyable. During the episode, when he heard that one of the top five finalists of the show, Shivam has never traveled in a luxury car, he immediately took him along in his ‘Mercedes’.

Mithun Da was also awarded as National-Award. He is a famous Indian actor who worked in many hit movies like Agneepath, Mrigayaa, Mujrim and Pyar Ka Mandir.

Indian Idol 5 is being more and more interesting and competitive as it lefts with only five contestants and it is near to its grand finale. It is very hard to assume that who will be the winner.

Don’t miss to watch episode preview video of Indian Idol 5 with Mithun which was telecasted on Monday at 9 p.m. on Sony Entertainment Television.