US based men’s magazine, Esquire has crowned Esquire’s Sexiest Woman Alive 2010‎ title to Minka Kelly, an American actress and girlfriend of New York Yankees player, Derek Jeter. Minka Kelly will be appeared on the front page of Esquire magazine’s November 2010 issue in which she will be dressed in gray crop top and low-rise jeans that show off her toned abs. 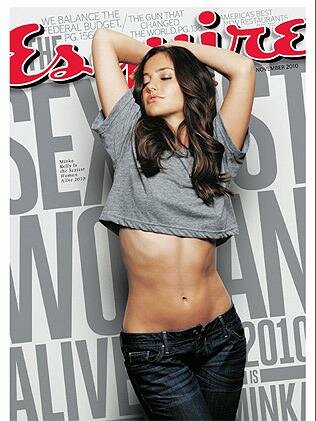 Esquire magazine 2010 named Minka as the ‘Sexiest Woman Alive.’ In addition a photo spread, the magazine has issued an interview of the actress wherein she shares her fun childhood with her mother who was a dancer for most of her life, and she struggled more to be success.

According to People.com, the brunette beauty tells to the magazine, “Done with the twenties. I’m confident – confident in my skin, and I’m cool with my flaws and all that stuff. It just feels nice to be at peace with yourself. I think my thirtieth birthday gave me permission to have all that.”

Minka said that her best days stemmed from childhood, when her dancer mom, Maureen Kelly, kept strange hours with an unusual job.

She also tells to the magazine “My mom lived a fast life. She was a stripper. It was all about what we could do to have fun with nothing. She would come home at like three, four o’clock in the morning, and she would wake me up in the middle of the night and we’d go grocery shopping.”

Minka bestows all the praise to her mom to help her find her sexy side.

She said, “I’ve never done a sexy photo shoot before. It was really liberating. It was exciting. I would look at the pictures, like, that’s me?”

The ‘Friday Night Lights’ actress had played character as herself on HBO’s ‘Entourage’ in the show’s recent season finale. Since this role, she became famous. Presently has a recurring role on NBC’s ‘Parenthood.’

Recently, she also appeared in movie ’500 Days of Summer’ in 2009. Her upcoming series and film projects include ‘Searching for Sonny‘ and the thriller ‘Roommate,’ opposite ‘Gossip Girl‘ hottie Leighton Meester.

Minka Kelly was born on June 24, 1980 in Los Angeles, California, Minka is a daughter of former Aerosmith guitarist Rick Dufay and the late Maureen Kelly, a former Vegas showgirl. She started her career in the acting with small roles in projects like the movie ‘State’s Evidence”’ and with a recurring guest role on the show ‘What I Like About You.’ She also worked as nurse at a hospital a year to pay her bills while she was trying to make it big in the modeling.

Formerly, Kelly dated with Alex Galvin in 2003 and Dylan Brazil in 2005. She had relationships with actors Chris Evans and Donald Faison. She also dated musician John Mayer from September 2007 to January 2008. And now from the starting of 2010, she has been dating with New York Yankees player, Derek Jeter. The New York Post also reported that the couple is planned to wed on November 5. 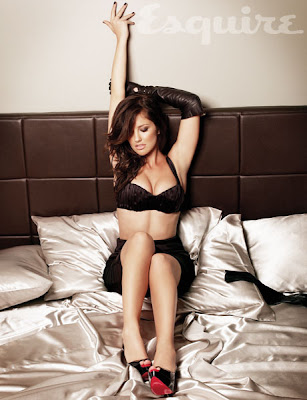 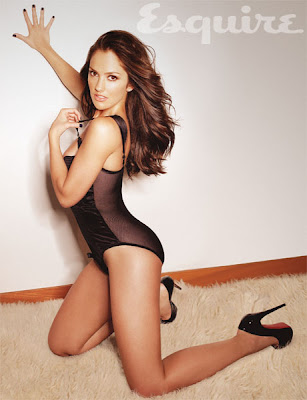 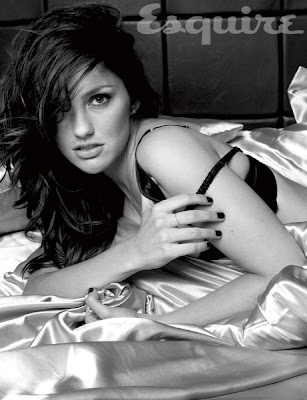 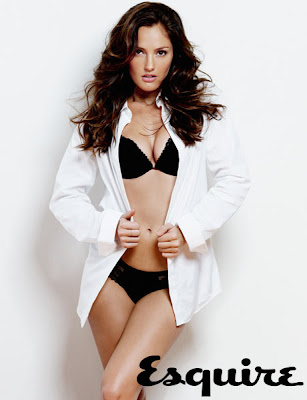