King of the pop, Michael Jackson’s younger brother, Randy Jackson has been hospitalized after suffering from chest pains on Tuesday, 15 June 2010 in Southern California. A Jackson family rep told TMZ, “Randy is still currently at the hospital Huntington Memorial in Pasadena but couldn’t confirm on how long he will be there.” On Randy’s condition, the rep shared, “He’s ok.” According to further report, “Randy wasn’t taken by ambulance but walked himself into the hospital. He still has to stay at the hospital overnight to undergo battery of tests.” When Randy was working on the one-year anniversary of Michael’s death, on June 25, he felt the pain, according to KTLA report. A Jackson family rep said as quoted by the site, “Randy is doing as well as can be expected. This is the first time he has ever felt pain like this.” The family rep continued, “He doesn’t want to take any chances,” and “He wants to make sure that he’s well enough to make his brother’s anniversary a memorable day for his family and Michael’s fans.” 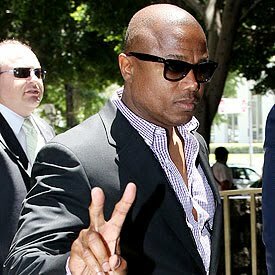 For Michael Jackson’s physician Conrad Murray, Randy Jackson attended the Los Angeles hearing on Monday, 14 June 2010, “I started to question some of the people who were around my brother. When you look at the environment around my brother leading up to his death, there’s a lot of strange coincidences,” he told CNN at that time. On Tuesday, around noon, 48 years old, Randy Jackson experienced chest pains and was taken to Huntington Memorial Hospital in Pasadena. A source close to the Jackson family spoke only on the condition of anonymity because he was not authorized to speak publicly said, “he is currently awaiting the outcome of tests.” Doctors at the hospital think it was a mild heart attack, but this has not yet been confirmed according to source. 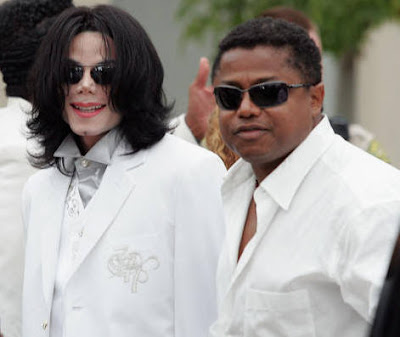 With his family, Randy Jackson was in court for a hearing in the involuntary manslaughter case of Dr. Conrad Murray, who is accused in connection with Michael Jackson’s death. After everybody else, Randy Jackson arrived and stopped to hug his brothers, sister LaToya and his parents, and before the hearing began. Murray should be charged with first-degree murder according to Randy, he made appearance on CNN’s “Newsroom” last week. Randy Jackson said In a series of posts on Twitter in the last few weeks, that he had succeeded in stopping an unapproved tribute show to Michael in Rome which had been scheduled on June 25, the anniversary of his death.” He said that he also had been talking to officials at Forest Lawn Glendale in an effort to have fans admitted to the area near Jackson’s tomb on the anniversary.