The upcoming Michael Jackson game will be called Michael Jackson: The Experience. This game will be launched in November, 2010 on Xbox 360, PlayStation 3, Wii, DS and PSP using each platform’s unique motion sensing tech (Move, Motion Plus, and Kinect). 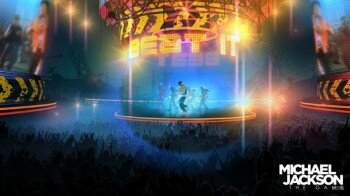 Ubisoft Entertainment S.A. is a French computer and video game publisher and developer and has grown considerably through a strong and diversified line-up of products and partnerships. The main headquarter of the Ubisoft is in Montreuil-sous-Bois, France. Ubisoft has offices in 26 countries and has sales in over 55 countries around the world. Ubisoft generated sales of € 871 million for the fiscal year 2009-10.

Ubisoft publicized that it would publish a Michael Jackson dancing game at the end of the year in the final E3 press conference of the day. The inclusion of ‘Beat It’ and ‘Billie Jean’ in the game is confirmed by the initial press release, but no further track announcements has been made at this stage. Additionally, fans can sing along and test their vocal skills while immersed in the performance. Kinect will project the image of the player on screen, and your performance will be completely hands-free with the camera’s microphone. A microphone will be used separately in a singing mode for the PS3’s Move-compatible version. Details are still unclear for the Wii version.

In this game, Players will be able to “take center stage like Michael Jackson himself, and relive some of his most iconic performances,” all the while performing many of the King of Pop’s classic tunes. At the same time, it’s also a dancing game similar to Ubisoft’s Just Dance. Four players can play jump-in/jump-out game, while the PSP and DS versions will take advantage of what the publisher calls “tap-on rhythm gameplay.” 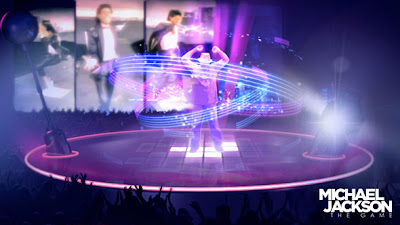 John Branca, co-executor for The Estate of Michael Jackson said, “Michael always pushed every limit when it came to technology to give his fans unforgettable entertainment experiences, whether it involved his videos, his recordings or his concerts. Now, with this interactive product, we have the chance to bring Michael, the artist, into households around the world in a perfect match of Michael’s artistry and the family entertainment which he always highly valued. Kids, their parents, extended family members and friends will now have an opportunity to all come together and experience Michael’s music and dance in an innovative, exciting and fun way“.

Added Michael Jackson Estate Co-Executor John McClain: “No artist can energize a dance floor in the spirit of fun like Michael Jackson. His God-given gifts for music and dance are something new generations of fans will appreciate even more. This game is a natural extension of what he would be doing today to raise his artistry to even greater heights for his fans of all generations. It is a game that the entire family can experience and enjoy together and this is something that would please Michael tremendously.”

“We’re delighted to have the opportunity to develop a game based on the songs and moves of one of the world’s most incredible performers of all time,” said Yves Guillemot, chief executive officer at Ubisoft. “We expect the game to bring Michael Jackson fans, families and friends together with the energetic song and dance of The King of Pop.”

The game is an interactive, performance-based creation which will let players step into Michael’s shoes to re-live his most iconic performances by doing the singing and dancing themselves. Ubisoft is clear that they intend the game as “family entertainment”, which I suppose means they’ll cut back on the crotch grabs and double down on the moonwalk.

Michael Jackson is one of the most widely beloved entertainers and the most popular global icons of all time, leaves an indelible imprint on popular music and culture. His awards include many Guinness World Records, 13 Grammy Awards, 26 American Music Awards more than any artist 13 number one singles in the US in his solo career more than any other male artist in the Hot 100 era and estimated sales of up to 750 million records worldwide, making him the world’s best selling male solo pop artist. His album “Thriller” is the world’s best-selling album of all time with more than 110 million copies sold.