You are here: Home / Entertainment / Michael Grimm’ When A Man Loves A Woman Lyrics shines on AGT 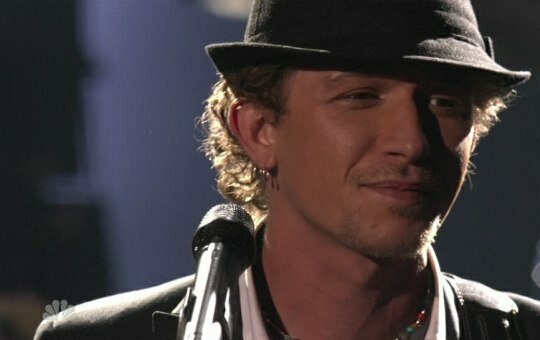 Each contestant of the final four gave performance with one of their idols during the two-hour prelude to announcing the winner. Jackie Evancho sang with Sarah Brightman. Grimm performed ‘Me and Bobby McGee’ with Jewel. Prince Poppycock performed with Donna Summer and Fighting Gravity did their thing while Lionel Richie sang Dancing on the Ceiling.

30-year-old, Michael Grimm won the 2010 America’s Got Talent by singing a song “When A Man Loves A Woman”. He lives in Waveland, Mississippi and his grandparents lost everything in the Hurricane Katrina disaster. When he auditioned for the reality show, his aim was to become able to purchase a new home with some of his prize money for his grandparents.

When Michael Grimm played electric guitar and sang his Grammy Award-winning version of “When A Man Loves A Woman”, he sung it fantastically, auditions love his song, even judges get up and applaud. Sharon got goose-bumps while Howie said, it was his best performance. “When a Man Loves a Woman” song is recorded by Percy Sledge in 1966 at Norala Sound Studio in Sheffield, Alabama.

“When A Man Loves A Woman” Lyrics:

When a man loves a woman, he can’t keep his mind on nothing else
He’ll trade the world for the good thing he’s found
If she is bad, he can’t see it, she can do no wrong
Turn his back on his best friend if he put her down

When a man loves a woman, spend his very last dime
Tryin’ to hold on to what he needs
He’d give up all his comforts, sleep out in the rain
If she said that’s the way it ought to be

Well, this man loves a woman
I gave you everything I had
Tryin’ to hold on to your precious love
Baby, please don’t treat me bad

When a man loves a woman, down deep in his soul
She can bring him such misery
If she played him for a fool, he’s the last one to know
Lovin’ eyes can’t ever see