In 1991, Lupita Jones got Miss Universe title after that young and gorgeous 22-year old Mexican beauty, Jimena Navarrete is the second Miss Universe from Mexico. Jimena Navarrete started modeling at the age of 15. She won the crown with her confidence and elegant look. She also won a one-year scholarship to the New York Film Academy, exclusive clothes, jewelry and shoes and other prizes. She has the responsibility to attend charities and raise awareness to global problems along with her crown.

On Monday night, 23 August, Miss Universe 2010 pageant was held at the Mandalay Bay Resort and Casino on the Las Vegas Strip. The big event is co-owned by Donald Trump and NBC. Criss Angel, the gold medalist Evan Lysacek, Chynna Phillips and actress Jane Seymour were the judge of that big event.

Jimena Navarrete answered a question about unsupervised Internet use, saying through an interpreter that the Internet’s important, sure, but when it comes to kids online, “We must be sure to teach them the values that we learned as a family.” She beat the representatives of Jamaica, Australia, Ukraine and Philippines. “I want to give my parents a big hug,” she said at a news conference after the pageant. There was a lot of effort and a lot of sacrifice.”

“I want the whole world to know about my country and my people,” the Guadalajara native said after beating 82 competitors for global bragging rights at the pageant in Las Vegas. “I imagine that they’re all going crazy in Mexico right now,” she said through an interpreter. “I’m extremely proud and I’m sure they’re very proud, too.”

“Her triumph is a source of pride and satisfaction for all Mexicans, who see in her the fruits of perseverance,” Mexican President Felipe Calderon said in a statement. Immediately after her win, Calderon said on Twitter that her victory would help Mexico’s image as a country. “We won, long live Mexico!” Navarrete said on her fan page on Facebook, spurring 478 “likes” and 218 comments in about one hour.

Many people were expected that Miss USA Rima Fakih is the beauty, who will be able to win the Miss Universe 2010. But Fakih was eliminated from the Miss Universe competition, missing out on the semi-final round. She didn’t make the top 15 and according to Robin Leach on Twitter, she decided afterward “to be with family instead of being at pageant princess party in LAX at Luxor.” 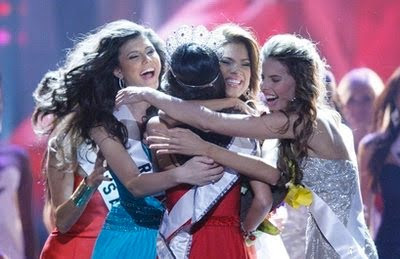 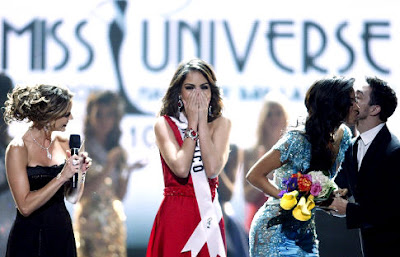 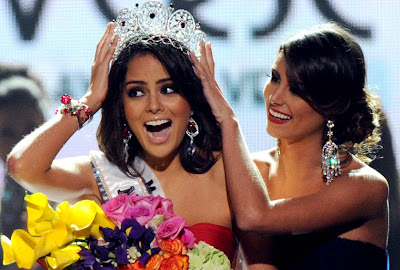 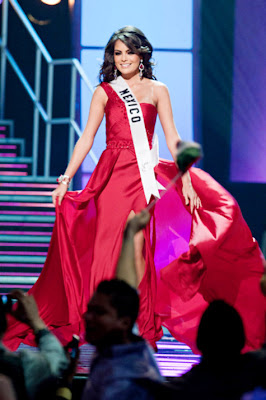 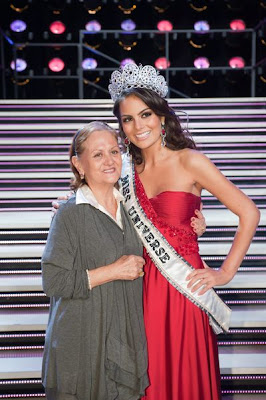 Video of Miss Universe Title Goes South of the Border from youtube: