You are here: Home / Entertainment / Megan Fox’s Corset Photos revealed on the set of Jonah Hex

The stunning actress Megan fox has revealed a sexy corset photos on the set of her new movie Jonah Fox. Megan fox shows off her teeny-weeny waist when she shoots her new role on Thursday (April 23) in Louisiana. In this photo she looks like she is laughing … because she can’t breathe.

Currently Megan fox plays the role of Lilah, a prostitute who wears a tight corset, opposite Josh Brolin in Jonah Fox, which revolves around the story of a disfigured Confederate gunslinger. As first gaining attention in Transformers, Fox has been busy and is said to be gazing in Michael Turner’s Fathom next.

Fox said “I do think there’s a place for corsets. I think they should come back. They should make reappearance. I enjoy them, but maybe I’m sick.” Fox admits it was difficult to wear the tight garment, particularly in her action scenes.

She also about the said corset, that “It’s small. We got it down to 18 inches. But in the action scenes, we loosened it up; because everyone was afraid I was going to pass out.”

By the end of the movie, she says the costume corsets “were all falling apart … I beat them to hell.” 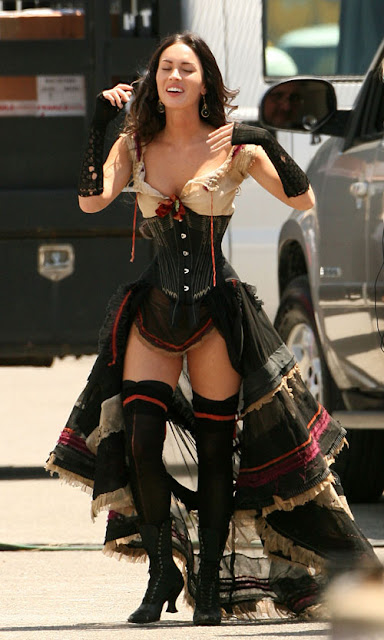 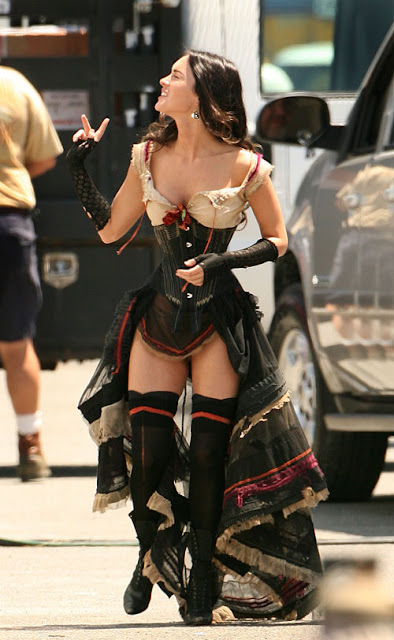 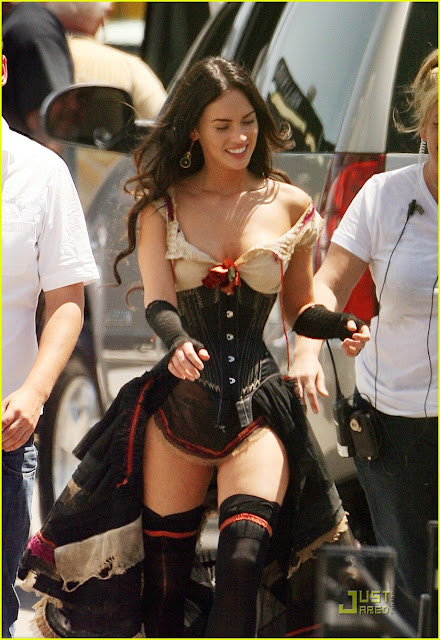 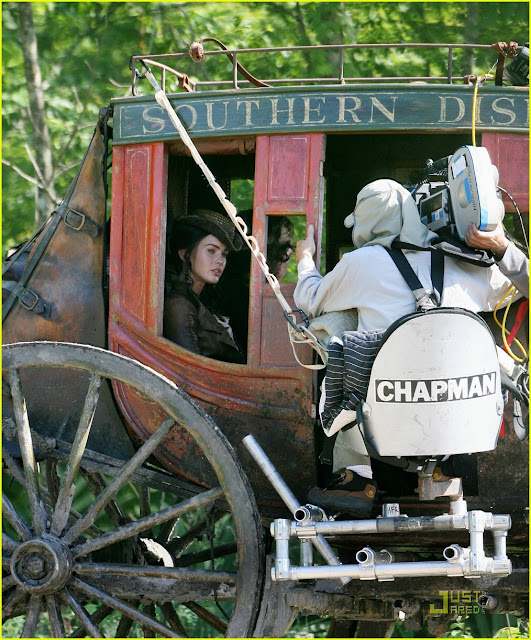 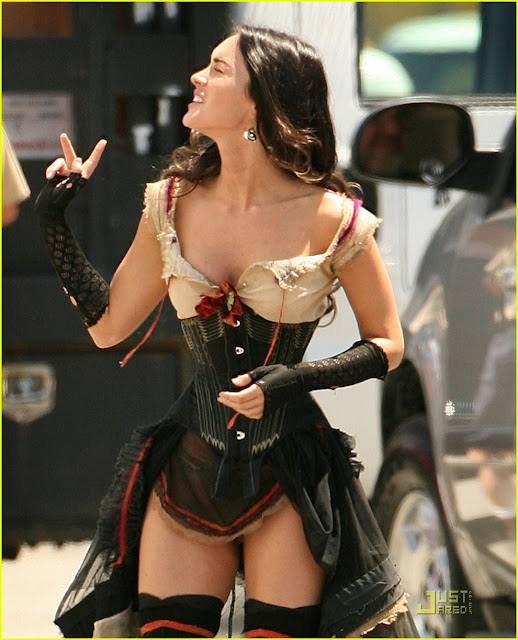