Megan Fox decided to engage for second time with her boyfriend as she isn’t going to be busy with Transformers 3. On the 1st June, 2010 the former 90210 star proposed to the Transformers actress at the Four Seasons Hualalai hotel on Big Island in Hawaii according to US weekly. 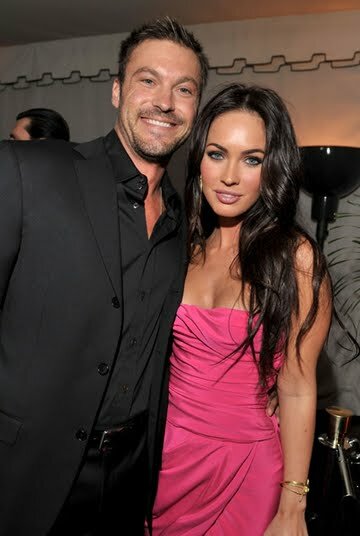 “Yes, she is engaged,” a rep for the actress, whose action film Jonah Hex opens on Friday, tells WHO. On June 1 in Hawaii, Green, 36, proposed to Fox, 24 with a two-carat ring which was purchase from Excalibur Jewelry store but unfortunately, Fox misplaced it in the rock nearly right after it was given to her. The source who witnessed the proposal told usmagazine.com, “I saw a half dozen staff sifting through the sand“, and “Security and maintenance staff spent a couple of hours looking for it. No one found it.” The ring still has yet to be found, but hopefully that’s not a sign for the couple’s destiny this time around.

Megan Fox and Brian Austin Green began dating in 2004 and became engaged in 2007. They broke off the two-year commitment in February 2009 but now the couple has decided to give it another try. In a 2009 interview with Cosmopolitan magazine, Fox said of monogamy, “I have no problem with commitment — you can’t have a real relationship without it. I can flip on a switch in my brain, and even if the next Brad Pitt is standing next to me, I won’t look at him.”

Recently, Megan Fox revealed that she is open to the idea of marriage to longtime boyfriend Brian Austin Green. She told Access Hollywood, “I’ve been in this relationship for so long and I love [Brian] so much and of course [marriage is] in the future somewhere. I’m not closed to that idea.” at a press junket for “Jonah Hex” on Sunday, June 6, 2010.

“I just think, if you’re going to [get married,] if you’re going to be with someone and make a commitment, it’s good to tell the universe, to say I’m committing to this person and making them my family,” Fox added. “I think there’s something respectable about that and if we were to do it, it would be for ourselves. It wouldn’t be for society.”

Hopefully this isn’t just a PR stunt cooked up by Fox. The actress recently exposed to Interview magazine that she sometimes feeds lies to the press to maintain her privacy. Fox told Zach Galifianakis in the June/July issue of the magazine, “In the past, I’ve been reluctant to share any bits of truth about myself or to really let people in on my reality”. She also added, “I have sort of aided the media in printing these misconceptions, which I regret.”

Green was previously married to actress Vanessa Marcil, with whom he has an 8-year old son.