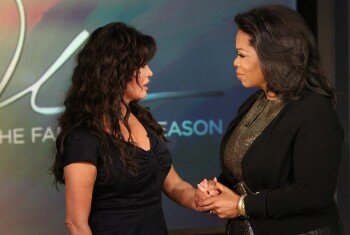 No one believes that Marie Osmond went through plastic surgery by watching her face very first time. But she does, it seems that she’s had a bit of plastic surgery with her uber plump lips. It is compulsory for her to maintain a certain appearance to keep working, as she is working in entertainment business forever.

It is mentioned in the 2009 article about Marie Osmond various surgeries. She went through rhinoplasty to help narrow the tip of her nose. She also went through facelift, as well as a browlift which lifted her eyebrows to a high arch. She also possibly fills in between major surgeries with dermal fillers and Botox injections.

Dr. Paul S. Nassif, Facial Plastic and Reconstructive Surgeon and Rhinoplasty Specialist, noted that “Marie Osmond appears to have had a browlift, as her brows are arched up quite a bit. A facelift is a good possibility as well, and facial fillers and Botox are very likely as there are not many lines present on her face.”

Besides this, Osmond also discussed about her son Michael’s suicide and reason behind it at Oprah show. She said that her son didn’t commit suicide because he was gay. “It was really hard. It was a calculated decision,” Osmond said. “I’m unique, I guess. I’m a female in the entertainment business who has been working 48 years consistently. My stage is my safe place. It doesn’t scare me, like I guess it scares some people. And I knew that if I didn’t get back on stage that I may never get back on stage.”

Due to depression, Osmond’s 18-year-old son, Michael Blosil jumped from his eighth-floor apartment in February in Los Angeles. “This is probably the hardest thing I’ve been through,” Osmond tells Winfrey. “I think there’s always what-ifs. What if I had just put him on a plane and said come be with me, or gone there? I think if you live in what-ifs, you stop living.” Blosil committed suicide on a Friday. Osmond recalls, “I told him, I said, ‘Mike, I’m gonna be there Monday and it’s gonna be OK.’ But depression doesn’t wait till Monday.”