Chelsea Clinton, daughter of former Democratic president, Bill Clinton and her fiancé, Mark Mezvinsky will get married on Saturday, 31 July 2010 at Astor Courts estate, a majestic and personal 50-acre estate, totally hidden from prying eyes and television cameras, in Rhinebeck, New York. In quite some time in the US, this marriage could be the most talked about American wedding, some are calling it the nuptials of the century. Most of the stuff about the marriage have been treated with the secrecy of a state secret but the wedding venue is leaked out.

After adopting the advice of Chelsea Clinton, his father, Bill Clinton lost weight and looking trim when arrived in Rhinebeck, briefly met crowds on Friday, offering warm words for his future son-in-law. He said, “I admire him. Hillary feels the same way”. “I like him very much.” Clinton said, “I really do. I admire him. Hillary feels the same way.” Security tightened quickly as Saturday approached and the airspace over Astor Courts was confirmed a no-fly zone. Local road access was also due to be limited. Expected 400 to 500 guests will attend the wedding.

Local realtor Cynthia Carlaw said, “I happen to know from a very reliable source that she is getting married here“. Carol Chestney of Rhinebeck said, “We thought it was great that he walked down here,” and “He could have parked right outside. He looks great.” Darcy Miller of Martha Stewart Weddings said, “In choosing a place like Rhinebeck as opposed to the Hamptons or somewhere where there might be a lot more people, I think that her personality of this kind of understated, quiet, private will be reflected in this personal and elegant affair“.

“Maybe I’ll see someone, maybe I won’t,” said Rhinebeck resident Linda Gray, as she sat on a sidewalk bench and watched the hubbub. John Catsimatidis said, “That’s the Triple-A list,” and “They’ll look at themselves as the lucky ones.” The instructions were given to the guests that they do not disclose their invitations and were only told in the final run-up where to go. TV chat queen Oprah Winfrey, Hollywood mogul Steven Spielberg and possibly also former British premier John Major invited the attend the wedding, according to unconfirmed media report.

President Barack Obama won’t be there, he says he wasn’t actually invited and that in any case two presidents would be one too many at a wedding. NBC television reported that just the air-conditioned tents will cost 600,000 dollars and the flowers, which is arranged by florist-to-the-stars Jeff Leatham will cost half a million. Boston Globe columnist Lauren Beckham Falcone wrote, “This is out of control,” and “This isn’t tasteful. It’s tacky.” 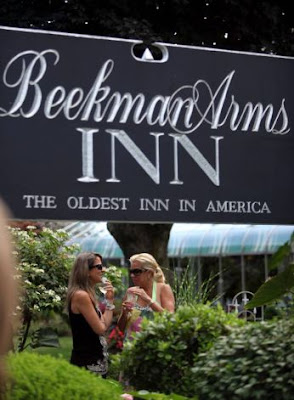 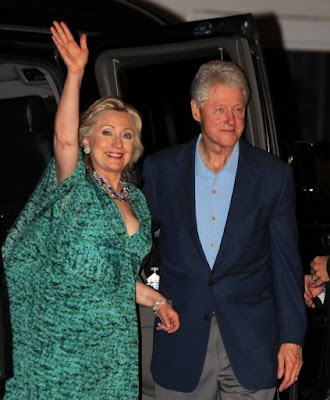 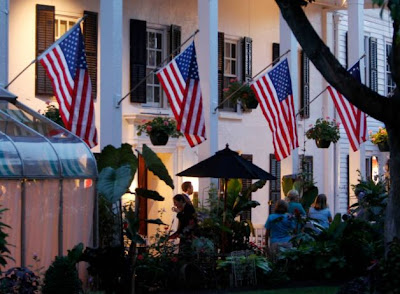 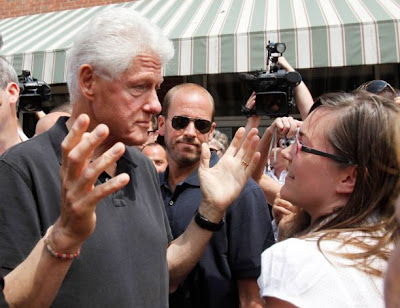 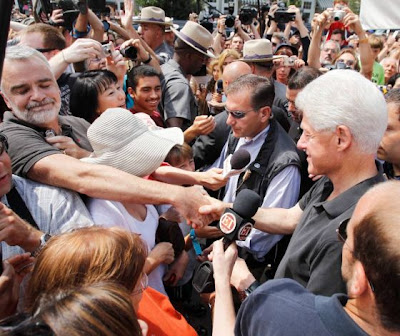 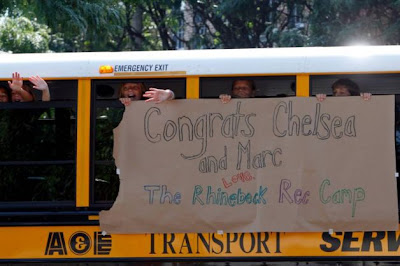 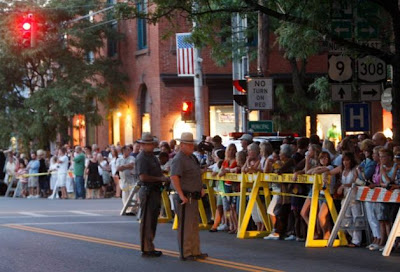 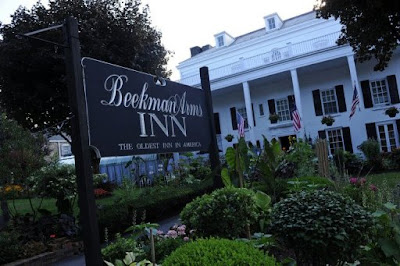 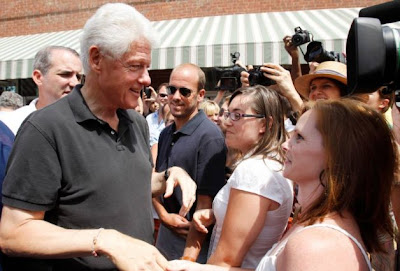 Video about Clinton Out, About on Eve of Daughter’s Wedding from youtube: