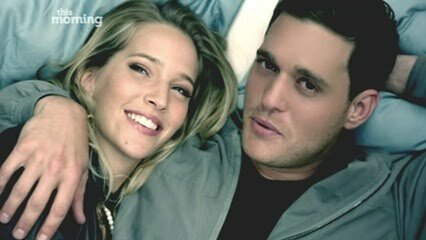 Luisana Loreley Lopilato de la Torre is the girl who proudly shows off her ring after her engagement is announced.

In actual, he has been engaged to Argentinian actress Luisana Loreley Lopilato de la Torre since November. However, he has made the announcement official by revealing an engagement ring on his finger.

The couple met at a party after one of his concerts in Buenos Aires back in November 2008 and Michael confessed it was love at first sight. They want to keep their relationship low-key but Luisana tries to travel with her lover as much as she possibly can. Luisana appears in Michael’s “Just Haven’t Met You Yet” music video (watch video below).

The 22 year-old actress starred in hit soap operas in Argentina and is currently working on “Atraccion x4” and a new movie titled “Plumiferos”. Luisana will accompany her fiancé to New York for his performance as special musical guest on Saturday Night Live on January 30. 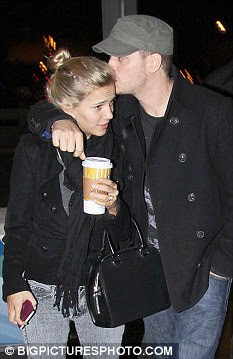 Michael was previously engaged to singer/actress Debbie Timuss and had a relationship with actress Emily Blunt for more than two years before splitting up in 2008. Luisana and Michael have not set a wedding date yet. Congratulations to the happy couple!!

She said, “The boy also wears the engagement ring (in Argentina). That’s what she tells me anyway.”

Apparently she also told him she wants to name their future children after characters in the Twilight saga.

Buble revealed in an interview with Entertainment Canada, “I came up with some hypothetical names and I didn’t like the names, but she came up with… Bella Buble.”

He also added, “I swear to god, she kept coming up with these names, and she kept saying: ‘Bella or I like Edward. I think she wants me to name the kids after the Twilight characters, which is not going to happen.”

Buble also revealed that his fiancée had some interesting ideas about their wedding plans, saying he had to put his foot down when she wanted a white horse at the wedding ceremony.

“I said if you’re having a white horse, I’m putting down ice and skating,” Buble told the Ottowa Citizen newspaper.