On the show of Comedy Central’s roast of David Hasselhoff, Lisa Lampanelli may have gone a bit far. She made jokes about the holocaust, blacks, Roger Ebert’s cancer, Haiti, the oil spill, and more. The Auschwitz joke was much more on Hoff’s music than on Holocaust victims. 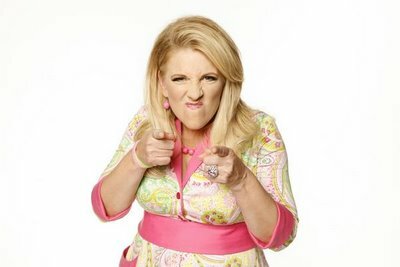 So, what say you? Sure, Lampanelli is known as the “Queen of Mean,” but were many of her jokes—it seems the one about Ebert garnered the most negative reaction from the audience—really necessary? Or at all clever/funny, for that matter?

Roasts have always gone over the line; that’s what you’re supposed to do at one. I think the problem here is that comedy central is showing them, and people don’t seem to get that, then get all up in arms when the jokes are as offensive as they should be.

These Comedy Central roasts are pretty much the only thing she does. There’s this predictable stable of of comedians that people (increasingly) only ecognize because of these damn roasts, but Lampanelli is seems to be at every single motherfucking one. Inevitably, when Comedy Central roasts Stephen Goddamn Hawking, Lisa would be there talking about how he’s black from the waist down. Or making retard jokes. Either way, I’m sure we’ll find out soon enough.

Well, it is a roast and the point is to tell shocking, non-political correct jokes. However, Lisa Lampanelli’s black jokes are just getting tired. They stopped being genuinely funny about 3 or 4 roasts ago. She keeps repeating the same material.