Incarcerated, the title of Lil Boosie’s album may be one of the most unfortunately appropriate titles in recent history. The new album of Lil Boosie released on 28th September, 2010 by his label Asylum. This album has been released as the rapper serves a four-year sentence for drug control and expects trial for 1st-degree murder. 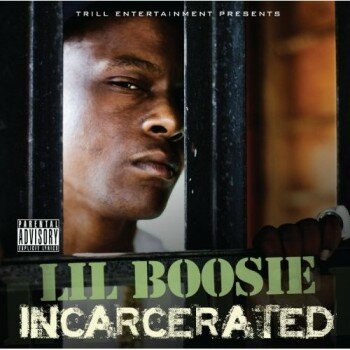 B.J. produced the whole project, although Mouse on Tha Track did some work on it as well. Webbie, Foxx and Lil Trill are among the featured guests, according to MTV News. The album has already garnered co-signs from figures as prominent as Asylum Records and DJ Drama, both of whom hope that the title of this album does not become a permanent state for the Baton Rouge MC.

Lil Boosie, original name Torrence Hatch, is an American rapper from Baton Rouge, who is in prison facing indictment on 1st-degree murder, drug smuggling and conspiracy charges that could result in a death penalty. He was judged to jail after police arrested the rapper in October 2008 and found marijuana and a gun in his vehicle. In October 2009, Lil’ Boosie was charged with the shooting death of Terry Boyd. Currently, he is under investigation for his role in five additional murders. He was also charged with three counts of narcotics possession after an attempt to traffic codeine, ecstasy and marijuana into his correctional facility.

Trill Entertainment is releasing Lil Boosie’s next album aptly titled Incarcerated while he is facing murder and drug charges. DJ Drama caught an early listen and had this to say: “Lil Boosie is one of the most important Southern and street artists of this generation, period,” Mr. Thanksgiving applauded. “Boosie always gives you the ghetto in a real and authentic way. The music on Incarcerated lives up to that standard. I hope and pray for Lil Boosie to get through his struggle.”

Track list of Lil Boosie’s new album Incarcerated is given below: