NBA’s professional basketball player, Lebron James joined the social networking site Twitter on July 5, 2010. Lebron James‘ fans those who are hoping to find and follow him, now it is possible on Twitter community. 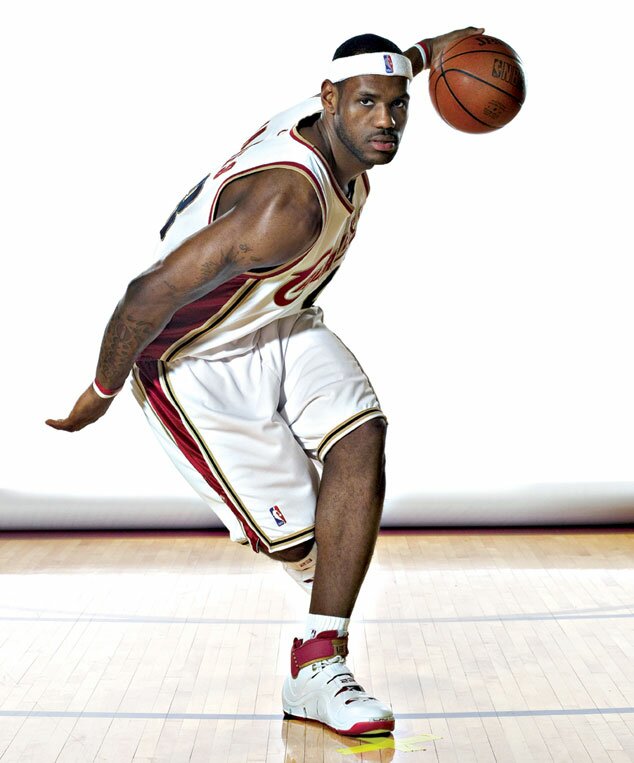 The most hyped free agent in NBA history, currently choosing among several desperate suitors, is officially at @kingjames and currently he has more than 203,591 followers despite having not yet posted a single tweet.

“Hello World, the Real King James is in the Building ‘Finally’. My Brother @oneandonlycp3 gas’d me up to jump on board so I’m here. Haaaa“. James did make another appearance at his skills academy clinic at the University of Akron. He did not acknowledge reporters as he entered the building in a T-shirt and red shorts but minus the Yankees cap he wore Monday. Nor did he address reporters as he exited.

According to ESPN.com reports, on Tuesday night that James will announce which team he will sign with during a one-hour special on the cable network at 8 p.m. Thursday.

Also, one league source told Yahoo Sports that James, Wade and Bosh are expected to discuss their respective free-agent situations Wednesday via conference call to try to move closer to finalizing their decisions.

James and his representatives asked that ad revenue from the special be donated to the Boys and Girls Club of America, ESPN reported.

On Tuesday, fellow league star Chris Paul (@oneandonlycp3) tweeted that “Couldn’t convince him to tell me which team he’s goin to but convinced him to join twitter lol … my brother from another [email protected].”

James was a three-time “Mr. Basketball” of Ohio in high school, and was highly promoted in the national media as a future NBA superstar while a sophomore at St. Vincent–St. Mary High School. At just age of 18, James was selected by the Cleveland Cavaliers with the first overall pick in the 2003 NBA Draft.

James has been the center of the sports universe for the last week due to NBA free agency: any day now, he will decide where he will play next season. Some even speculated that he joined Twitter just so he could announce his decision through the microblogging network, but his publicist has shot down that possibility. Over the last week, six teams the Cavaliers, Bulls Knicks, Nets, Heat and Clippers met with James in downtown Cleveland to discuss his future.

As for his future, James is rumored to be either staying with the Cavs or going to the Chicago Bulls – while the Miami Heat, the NY Knicks and the New Jersey Nets still remain hopeful as longshots.

Despite much speculation, James has said hardly anything to reporters or to the public about what he’s thinking or which team he might join. So, on Tuesday, where would James turn to issue his first public remarks that lasted beyond a word or two?

Less than an hour after Paul’s Tweet around 11 a.m., James had nearly 18,000 followers. Just before 7 p.m. In his bio, James calls himself “The King of Akron.” James’ publicist confirmed that it is indeed James’ account.