You are here: Home / Entertainment / Kyle Massey is new in Dancing with the star cast list

Kyle Massey is new in Dancing with the star cast list

Dancing With the Stars list of the cast has been released with new celebrity dancers for its season 11on August 30 in a live press conference. There are many unexpected entries of competitors listed for the season 11 which surprised to the audience. As new cast, a very cute and cool little Disney Channel star, Kyle Massey has included in list of Dancing With the Stars cast. 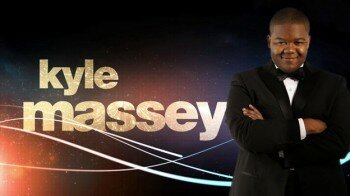 The 19-year-old, Kyle Massey is an American actor and rapper from Atlanta. Kyle Orlando Massey is the youngest competitor for this season where he will bring his hip-hop style to the dance floor. Kyle becomes most famous due to his role of Cory Baxter in Disney Channel sitcom “That’s So Raven” and in the Disney show “Cory in the House”, That’s So Raven spin-off. Massey is also familiar for his role in the Disney Channel Original Movie “Life Is Ruff”. Massey has released some songs for “Walt Disney Records” and Hollywood Records with “Underdog Raps” as a rapper. He also got an NAACP Image Award nomination for his role in “Raven” and “Cory in the House”.

During the 2003, he received first place in the National Minority Junior Golf Tournament for his prowess in golf. Kyle has taken part in several celebrity golf tournaments and recently he placed 3rd in a White House Golf Tournament.

Presently, Kyle is working on the Disney Channel’s upcoming animated series Fish Hooks as the voice of Milo.

Kyle and his brother Christopher have worked on projects to help the charity organization “Feed the Children” and traveled to Africa for the network primetime television “Eyes on Kenya”. Both have also performed together in their rap music Heroes Among Us: the 2009 Hero Awards and in MyNetworkTV’s The Spirit of Christmas. They are recently co-hosting and starring in the comedy series World’s Funniest Moments.

Due to his great rapping aptitude and good recognition, the teen rapper deserved to be on the season. Now, he will compete in Dancing with the star season 11. The rapper desires more dance practice and training before performing to score big and to impress the audience and prove something of him on the show. Perhaps, he just needs a little training because dancing already appears to be built-in. Dancing with the Stars season 11 will start on September 20, 2010 at 8 p.m. ET.

Kyle Massey’s all fans are waiting to see him dancing in the show. Some people have also commented that he should be losing some weight for looking attractive as well as dance properly on the dancing floor.

Dancing With The Stars: The Announcement video from Youtube: