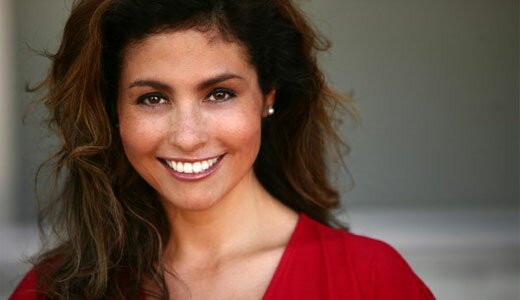 Kristina was an extra on the TV show “Bones”, when David started sexually harassing her by sending her “sexually inappropriate text messages” on August 21, 2009.

So what happened? Let’s kinda break this down for you all. Like I said, Kristina was an extra on Bones in August of 2009. He allegedly told her that he could possibly find more work for her on the show and asked Hagan to send him some photos plus contact info for her. On September 9, 2009 he volunteered to give her a ride and allegedly drove her to a park.

The suit claims David parked the car and “unzipped his pants, pulled out his penis and began stroking it until he ejaculated,” after Kristina “pushed him away” when he attempted to kiss her and touch her breasts. Another encounter allegedly occurred with Hagan in David’s trailer on September 29. Once again Hagan claims Boreanaz grabbed, kissed, and fondled her — and then “masturbated in front of her.”

Boreanaz representatives have called the allegations false: “The allegations concerning any alleged inappropriate conduct by David Boreanaz are totally fabricated and absurd. There is no validity to this lawsuit.”

Hagan’s Sexual harassment attorney said today in a press conference: “She is an actress who is working towards her goals, but who like many other actresses has not be able to achieve them. For that reason she is extremely vulnerable as many actresses are in Hollywood. Ms. Hagan’s allegations are set forth her lawsuit. We will have no further comment on them.”

There is not a lot of information available on Kristina Hagan, but here is what we do know. According to her bio page on IMDb, she is a California girl, hailing from San Jose. Additionally, she is married, has two children and even a grandchild.

Allred said at a press conference this morning:

“She is an actress who is working towards her goals, but who like many other actresses has not be able to achieve them. For that reason she is extremely vulnerable as many actresses are in Hollywood.”

David and Kristina “broke up” after he told her his wife knew about the infidelity reports coming out in October 2009. The actor promised to get Kristina an acting job, but never delivered. Kristina is now suing the actor and “Bones” production companies for not taking disciplinary action against David.