On 17th June, 2010 at the ESPY Awards, Basketball star Kobe Bryant’s wife Vanessa Laine Bryant joined her husband in a busty dress that turned heads and raised eyebrows on the red carpet. At the ESPY Awards, both the couples were looking out-standing. Kobe was wearing a light grey jacket with black trousers, while his wife was donning a sexy black outfit. But Vanessa Laine Bryant faced dress malfunction. 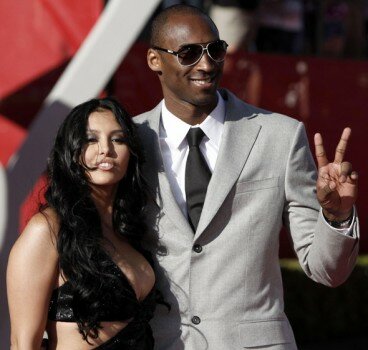 Apart from the intensified game between Lakers and Celtics, the appearance of the sexy wife of Kobe Bryant named Vanessa Laine Bryant is highlighted. Kobe Bryant’s fans are happy to see his wife who is watching her husband’s game. At this year’s ESPN-sponsored ceremony Kobe has been nominated for Best Male Athlete and Best Championship Performance, but his wife has already sewn up the award for Most Ridiculous, Gigantic Cleavage. For his magnificent performance, Kobe was awarded the Final MVP having an average of above 28 goals in each game.

After one year of marriage, Vanessa Laine gave birth to her two children. The engagement of Kobe and Vanessa Laine became controversial way back because he gave her a $4 Million diamond ring days after a report came out that Kobe molested a restaurant employee. In 2004, soon after Kobe Bryant was accused of sexual attack and admitted to cheating on his wife, he bought Vanessa Bryant an eight-carat diamond ring.

To watch the game 7 of NBA Finals 2010, Vanessa Laine Bryant was also present at Staples Centre with her children. She didn’t just sit there and watched the match rather she also gave an emotional support to her husband to lead his team to the victory. Vanessa Laine was seen coming over to the Laker’s banch at the start of fourth quarter of the game and there she said something in the ears of his husband to give him a moral support. After the game when Vanessa was asked about that, she said “I just told him that I loved him and that it was so close he could almost taste it”. 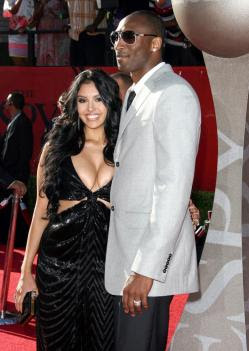 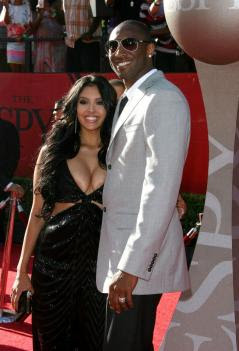