‘Khatta Meetha’ has released on today 23rd, July 2010. Kollywood actress Trisha Krishnan and Akshay Kumar played a lead role in this movie. Khatta Meetha movie is directed by Priyadarshan and produced by Akshay Kumar. Paresh Raval, Rajpal Yadav and Urvashi Sharma played supportive roles. It is a remake of the 1989 hit Malayalam film, Vellanakalude Nadu. The film is a sardonic comedy. 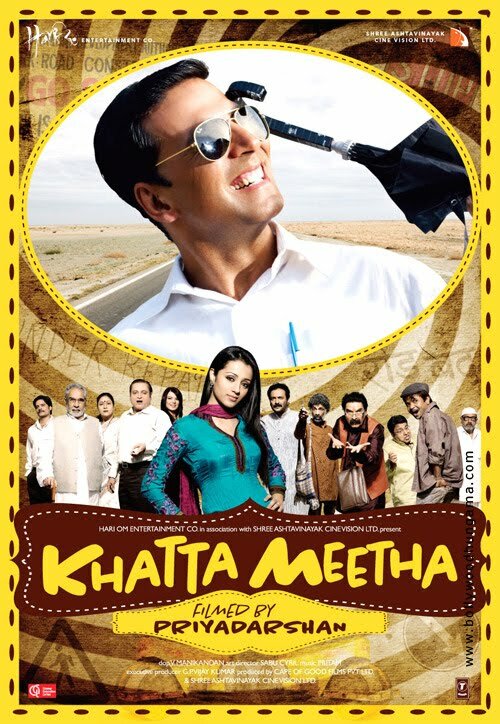 The film story turns around mafia road and corruption in the construction business. Akshay Kumar (Sachin Tichkule) played the role of a struggling road construction contractor. Trisha played the role of his ex-girlfriend and now a PWD Officer. The story also deals with the infamous murder of Bihar PWD engineer Yogendra Pandey in 2009.

The whole story based on corruption and bribery that is present in our system and Akshay Kumar faced this situation in his job. Sachin knows that his ex-girlfriend Trisha hates him to the heart and he ends up in lumbering from one tragedy to another, which is revealed in a very light hearted way.