Now once again you will hear the word ‘Sure, confident, lock kiya jaaye?’ in voice of bollywood superstar Big B because Amitabh Bachchan back as host of most popular quiz-based reality show Kaun Banega Crorepati (KBC) season 4 on Sony Entertainment Television. 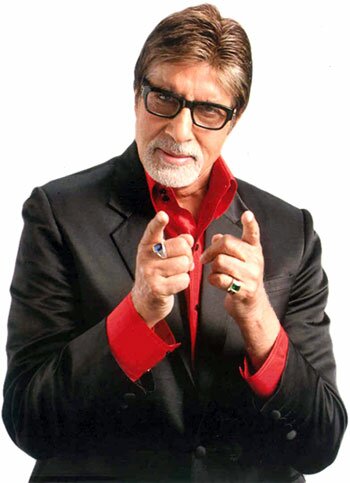 Kaun Banega Crorepati (KBC) owned by Endemol will be back on TV screenslater this year. It will be aired to Multi Screen Media’s (MSM) general entertainment channel, Sony Entertainment Television, instead of Star Plus which aired the show in its earlier three versions.

The show produced for three seasons by Siddharth Basu from Synergy, which is now Big Synergy, for Star Plus, will now be aired on Sony Entertainment channel, by year end.

The show’s erstwhile anchor, actor Amitabh Bachchan will be back for the edition. He hosted the first two editions of the show on Star TV. The third edition was hosted by Shah Rukh Khan. 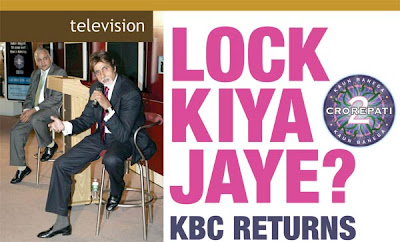 But due to Big B’s illness, the show ended in 2006. In 2007, SRK became the host of the show, but the show under Khan could not become as popular as it was under Big B.

NP Singh, COO, Sony Entertainment Television said: “We are pleased to bring KBC back to our Indian viewers. Once we decided to launch the show, the only name that came to our mind was Amitabh Bachchan. We look forward a show which will provide wholesome entertainment with fun, knowledge and humour to the entire family.”

At press conference on Wednesday, Business Head of Sony Entertainment Television, Ajit Thakur told, “Mr Bachchan was our last and final choice for the host.” He also added, “Our research showed that viewers wanted him back as the host.” 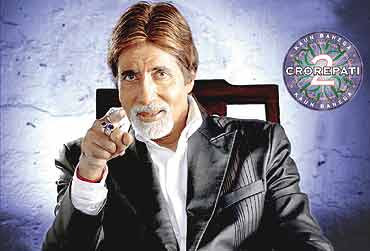 Shahrukh Khan tried hard to collect audiences for KBC season 3, but people were so used to see Amitabh Bachchan in Season 1 and 2, that they couldn’t adjust with the change. But, here on people, you won’t have to compromise with your wishes any more. Actor Amitabh Bachchan will be again seen on small screen, repeating his same dialogue “Lock kar de”, instead of “freeze kar dun.”

The 67 years old Big B hosted the first two seasons of the hugely popular Indian version of “Who Wants to Be a Millionaire”.

The actor was forced to cut short the second season after he was operated for a stomach ailment in 2005. Actor Shah Rukh Khan then took over as host for the third season.

Thakur said, “Kaun Banega Crorepati’ would go on air before the end of the year.”

Star TV has moved KBC on to Sony TV and is again back with its old anchor. “KBC is back !! And it was announced tonight at a special press conference, which has just concluded. And yes it can be said now that I shall be hosting it !!” penned Mr Bachchan in his Blog.

Amitabh said, “I am glad to be back with Kaun Banega Crorepati. It is always a great pleasure to be associated with BIG Synergy“.

You will again hear his same unique voice saying the same word, “sure, confident,” which will raise suspense and thrill among the audience. Though Mr. Bachchan tried to be humble and defended SRK’s KBC-2, but it is true those audiences were somewhere disappointed seeing Shahrukh on the show. But, then it seems that the, disappointment will vanish soon, and people will again plunge into the ocean of general knowledge.

Sony TV is happy and glad to have Mr. Bachchan with the show KBC, which will win them a lot of eye balls for the show.While none of the two parties are willing to comment on Bachchan’s return as the host of the show, a well-placed industry source does give out that an announcement in this regard may be made very soon. The source also says that Star Plus hasn’t renewed the contract for the show and it’s now with the company that actually holds the format, Sony. “It’s natural for them to give it to Sony. The talks have already been initiated on the money and who the host will be. We’ll have to wait and watch,” adds the source.

Anil Kapoor and Aamir Khan too were reportedly being considered to host the upcoming season. However, well wishers of Big B and audience insisted that he should be brought back.

Explaining why Bachchan is being brought back to the show, a source told Mumbai Mirror, “Both, Bachchan and Shah Rukh, respectively brought their distinct individuality on the table, but frankly speaking, Shah Rukh’s histrionics did not do go down well with the audience. There was a vast difference in the TRPs between the two seasons hosted by Bachchan and the third season hosted by Shah Rukh.”

Said Ajit Thakur said: “The audition process will be more elaborate and this time the first 10 contestants will be chosen through an on-ground event where Amitabh-ji will engage in a video conference and ask questions.”

The channel is confident that the audience will come back to see the show because they have “retained the three pillars of the show“.

“The three pillars of Kaun Banega Crorepati are intact. The money – Rs.1 crore – is still a life changing amount for many common people, the knowledge on the show is still useful and of course, Amitabh Bachchan and his presence will always draw audiences. That’s why people will still see Kaun Banega Crorepati,” said Thakur.