Engagement of Kate Middleton and Prince William was announced on Tuesday, 16 November 2010 by Clarence House. This engagement is celebrated by Britain and residents of Canada’s capital. Kate Middleton and Prince William are finally set to marry after eight-year relationship. At present, date of their wedding has not been revealed. However, the marriage is expected in a few months in spring or summer and it will be Royal as William’s mother, Diana, married Prince Charles almost 30 years ago. 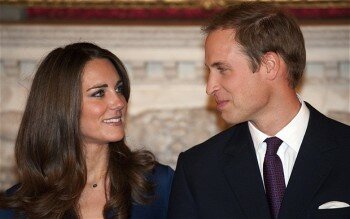 Royal officials announced on Tuesday, 16 November 2010, William will wed Kate Middleton next spring or summer in London. They will live in north Wales, where William is serving with the RAF. Both the future bride and groom are 28 and they met at St Andrews University, Fife. The prince said that they both are both very, very happy. Prince William had proposed Kate Middleton by giving his fiancée his mother’s engagement ring on holiday in Kenya in October.

Miss Middleton said, “Joining the Royal Family was a “daunting prospect” and “Hopefully I’ll take it in my stride”. Prince Charles said, “They’ve been practicing long enough.” Michael and Carole, parents of Kate Middleton said, “They were “absolutely delighted” and “thrilled” by the news”. An old friend of prince says, “Everyone is absolutely delighted. He has never had eyes for any other woman since Kate came on the scene,” and “She is going to make a wonderful wife, a wonderful princess.”

William said that he used Diana’s ring that was his way of making sure his mother did not miss out the day of engagement and the excitement. In a royal couple interview, Prince William and Kate Middleton described about the highs and lows of their seven-year relationship such as their temporary separation and why they delayed their engagement for so long. Wearing the blue sapphire and diamond engagement ring, Middleton said “hopefully, I will take it in my stride”, while adding that her future husband was “a great teacher”. Prince William said “The ring was very special to me as was my bride-to-be.”

Prince William is a keen rugby union fan, he had cheered on England at the last two Rugby World Cups. It is expected that his marriage may fall just before the kickoff of Rugby World Cup, which will take place in September. Grand mother of Prince William, Queen Elizabeth II expressed an interest in attending the World Cup and remains the official head of state in New Zealand. 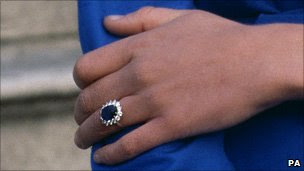 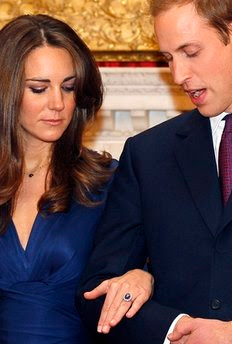 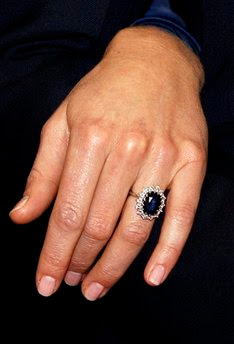 Video of Prince William and Kate Middleton get engaged from youtube: