American socialite named Kat Stacks who is famous for her celebrity encounters. She claims to have had sexual encounters with the likes of Nelly, Bow Wow, T-Pain, Lil Wayne, Drake, and now Soulja Boy is at it again. Kat Stacks has been appearing on the most searched names on the Web after she posted a video in which she calls Soulja Boy a m-f’ing “coke-head”. Kat Stacks have got another 15 minutes of fame after a video where she is telling some nasty stuff about Soulja Boy. 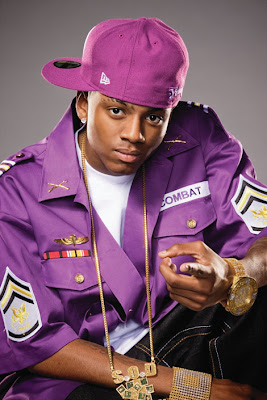 In the Intercontinental Hotel in Atlanta, Georgia, Kat Stacks filmed herself in the room of the 20 year old millionaire rap star, Soulja Boy. She points out how bad Soulja boy was in bed and how bad of a cocaine habit he has in ‘Coke Head’ Video. While Soulja Boy is in the shower, she takes the camera into the other room and films the lines of cocaine that are on the dresser. The report has been made that Soulja Boy had deleted his Twitter account this morning, however they have been confirmed to be false.

There has been very little said out of Soulja Boy’s camp, however this incident will surely affect his star power somewhat, and is certainly a bit of a discomfiture. She then takes us in a tour through the hotel room to show us what are supposed to be coke lines left by Soulja Boy. In not one moment everyone can see the rapper actually sniffing cocaine though.

Everybody can be amazed why these rappers hang out with this girl, when it becomes pretty clear that she can do anything to get some attention. This time, Soulja Boy is the target for her to give some fame.

This video is really interesting when she shows the lines of coke on the table and calls Soulja Boy a coke head. At this point Kat was just talking – until Soulja Boy in the video!! It makes you wonder what Soulja boy might have done to make her this angry, because this time she has definitely kicked it up a few notches.