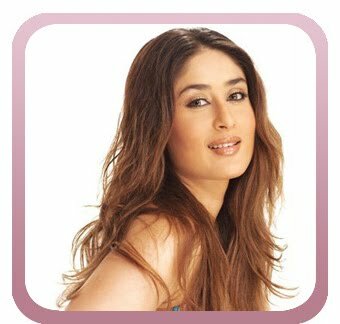 Kareena Kapoor is considered as one of the most famous actresses of the B-town. She has kept the provision for a fan book where her fans can write to her, the actress said. Reportedly, Kareena Kapoor does not have any account on any of the social networking website. This is very first official entry of the star on the internet world. In a statement released after launching website, the 29-year-old star said that it was her own site, her own space. She says she has put many interesting things in the website for her fans such as ‘special fan book’ which is solely for the fans. Through this fan book, the fans can access Kareena directly. They can leave notes for her and she will read them personally. She can also write them back but that’s up to her.

On the front page of her official website, you will see a welcome message, “Welcome to www.kareenakapoor.me This is my official web presence. Thanks for dropping in.” Bebo’s fans can share their views on the official website using Fan Book.

Currently this news making waves on the web and as usual these causes the servers go down. Kareenakapoor.Me is down due to high website traffic. But, this problem is only with home page.

Moreover, there is a club on the website which is called Club Kareena. This club is also an interesting thing where you can chat with her. Users of Facebook and Twitter can also join that club as it is also available on both of these social networking sites.

Kareena Kapoor’s new website is likely to make her popularity rise higher. She is upbeat about it despite the ups and downs in her career. The actress has promised to her fans that despite her busy schedule she will manage to write to them. The site has been designed with care and has a sleek and glitzy look about it.

At present, this actress has no online (public) profile on any social networking website. On this website, following message is displayed:

“I’d love to hear from you. So one part of this website is just for you: the fan book.”

“I am delighted and privileged to be a part of the global 1GOAL campaign to support education for all.”

“I’d love to hear from you. So one part of this website is just for you: the fan book.”

“I am delighted and privileged to be a part of the global 1GOAL campaign to support education for all.”

Aside from her new website another topic that is getting her lots of media focus is her upcoming film named ‘Milenge Milenge’. She shares screen space with her ex boyfriend Shahid Kapoor in this film. When they were involved in a relation earlier the media speculated a lot about them. After that the couple split up and Kareena Kapoor got involved with actor Saif Ali Khan. The movie has helped the gossip mongers in creating a buzz that the separated couple has come closer again. The film was in the making for a long time. Now that it is complete and awaiting release she does not want any argument surrounding it.

Kareena kapoor has her own website. She says that the she is very excited for this blog because evryone search for his web site. Kareena told that the space and the site is only for my fans who loves me each and every one connect with me through my web site. This the great news for all fan club of Kareena tha she is the first actrees in bollywood which associated with FIFA 1 GOAL. Kareena kapoor like FIFA 1 GOAL and she is crazier about this. FIFA 1 GOAL is best Football Game. Kareena’s site is also for FIFA 1 GOAL. On this web site she leave the post and its for my fans. She joined with an international program. FIFA 1 GOAL is an international campaign which is working for the Education of children. They say every child in the world should have proper facilities of education as it is their fundamental right. Other celebrities who have joined this program are Matt Damon, Jessica Alba, Kevin Spacey, and Hillary Clinton.