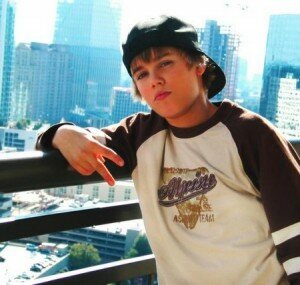 In order to destroy Justin Bieber’s reputation among the young teens, some communities on the internet jealous of his success have taken up new tactics. Communities like 4chan, Ebaumsworld have been so obsessed in attacking on 4chan that their latest tactic was to vote for the next location that he will add to his tour. Many people are trying to send Justin Bieber to North Korea on his tour. On Tuesday, North Korea was the top vote getter in the “My World Tour” contest with over 625,000 votes with just a few hours left to vote, followed by Israel with 608,000 votes and Poland with 513,073 votes.

On 7 July, 2010 the contest ended at 0600 on saw North Korea move from 24th to 1st place in less than two days, several thousand votes ahead of Israel. North Korea was ahead of Israel by about 5,000 votes. It is supposed that Israel is also part of the prank. This move may backfire, however, as members of image board website 4Chan have been nominating the secretive communist state, with the vote now turning viral. North Korea currently has almost half a million votes, several thousand ahead of its closest competitor, Israel.

A spokesman for the North Korean Embassy in London told BBC News that any application for 16-year-old Bieber to tour would be dealt with by its mission to the United Nations, although the matter would be referred to Pyongyang. Well Justin Bieber has proved one more time that he is a good boy. Racial Slurs and Scandals were thrown against the international popstar, yet nothing can stop Justin Bieber in conquering every girl’s heart. It is not sure that Justin Bieber is set to visit North Korea soon but it is advisable for him to bring adequate security people. The culture of the North Korea is independent and the number of foreign businesses and interventions are restricted within their state. So, it seems that Kim Jong II may not even want him to be there.

Even the next country which is Israel was placed on the second could be a form of prank. These kinds of rumors can be dangerous knowing the fact that Mr. Bieber is just a minor. First he was rumored dead, then a car accident, a deadly disease, a sex tape and a long list of rumors. It is just like that every day there is a new rumor made about Justin Bieber. Just as when the camp of Justin Bieber is set to pursue with the My World Tour, the ‘Justin Bieber Hates Koreans’ rumor spreads like wildfire online.

When the YouTube was hacked Bieber’s several music videos were specially targeted. Not this only it was also stated that he was dead. So Bieber had to tweet in order to confirm that he is alive and doing well. But these are just rumors. Bieber doesn’t hate Koreans, loves his fans all over the globe, and such rumors are fabricated to grab attention. Solution for this is to ignore such rumors.