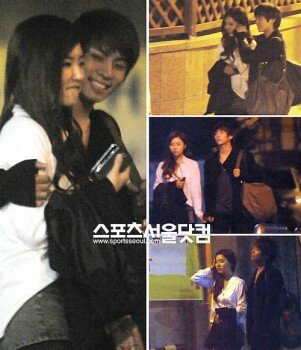 Jonghyun started relationship with 21 years old actress, Shin Se Kyung before a month that is confirmed by SportsSeoul.com, a Korean online news website. The website also posted photos of Jong Hyun and Shin Se Kyung walking together was captured in camera on October 20. The new cute couple was disclosed to meet regularly in spite of their busy schedules. They had street dates regularly around Shin’s apartment.

Different sources stated that a scene of the two dating was discovered on October 20 later than Kyung arrived home from her movie, ‘Acoustic’ conference. Jonghyun was waiting for her after that both went on to walk the streets with listening music. At that time, Jonghyun would even cover her from passersby.

According to news site, both had a crush on each other and got together in May.

One associate stated: “They can’t spend a lot of time together since they’re both busy. They communicate through texting or phone calls and usually just take walks in the early morning around their homes.”

Another associate said, “Meeting each other became a kind of opportunity to rest for them. They share a lot of the same hobbies and thoughts, which is why they were able to get so close so fast. The two became stars at a young age and have hardships that aren’t able to be expressed in words. Those points became a sort of strength to one another.”

When the news about Shin Se Kyung affair with SHINee’s Jonghyun buzzed, the rising actress shut down her Cyworld mini-homepage.

In last September’s YouTube video of interview for KBS program, when Shin was asked who she wanted to meet if ever she was given the chance to become an emcee of a music program. She replied the name of “SHINee.”

Their management agencies clarified their relationship to Sports Seoul on October 26th.

Shin Se Kyung’s agency Namoo Actors, stated, “It’s been a month since they began meeting one another. They have good feelings for one another and are currently getting to know each other.”

Jonghyun’s agency SM Entertainment affirmed, “We heard that they met each other through other people. Their relationship is just now beginning.”