You are here: Home / Entertainment / John Gilbert’s Movie on TCM

John Gilbert was an American actor who was born on July 10, 1895 and died on January 9, 1936. He was a major star of the silent film era. John Gilbert shown on TCM. The silent film star was mesmerized with intense black eyes and sensational magnetism that made him, next to Valentino, the greatest romantic icon of silent films. 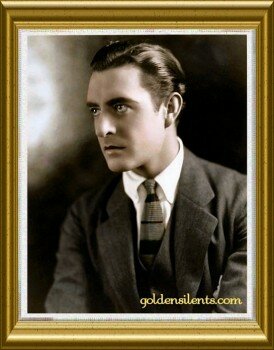 John Gilbert is the one of the biggest movie stars of the silent era. Gilbert starred in numerous box-office and critical hits from 1923 to 1928, a relatively brief period but an illustrious body of work, nevertheless. The good news is that fourteen Gilbert vehicles will be presented. Several Gilbert vehicles that (to the best of my knowledge) have never been shown on TCM television such as Twelve Miles Out (1927), with Joan Crawford, Man Woman and Sin (1927) with Jeanne Eagels, and Gilbert’s first released talkie, His Glorious Night (1929). (The 1930 drama Redemption, a drab adaptation of Tolstoy‘s The Living Corpse, was actually shot first.)

Jack Gilbert found his way to Hollywood where he lied about his age, adding four years, hoping to direct films, and obtained extra work at the Thomas Ince Studios for $15 a week. He later wrote scripts and directed a few movies. In 1917, eighteen-year-old Jack married one Olivia Burwell. In 1919, he appeared opposite famed star Mary Pickford in Heart O’ The Hills. 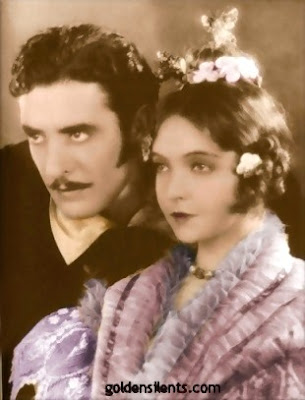 Following is the schedule of John Gilbert’s Movie on TCM:

3:00 AM Busher, The (1919) In this silent film, a minor-league baseball player gets his shot at the big leagues.
Cast: Charles Ray, Colleen Moore, John Gilbert.
Dir: Jerome Storm. BW-55 mins.

4:00 AM He Who Gets Slapped (1924) In this silent film, a scientist flees his tragic past to become a circus clown.
Cast: Lon Chaney, Norma Shearer, John Gilbert.
Dir: Victor Seastrom. BW-72 mins.