You are here: Home / Entertainment / Joanne Peh to play role in A Tale of Two Cities

Joanne Peh to play role in A Tale of Two Cities

Joanne Peh will return, with a challenging role of an acquisitive model in a romantic comedy A Tale of Two Cities. She is back to television after a break of six month. First appearance of A Tale of Two Cities is on Valentines’ Day (14th February), 2011, weekdays 9 pm on Channel 8. 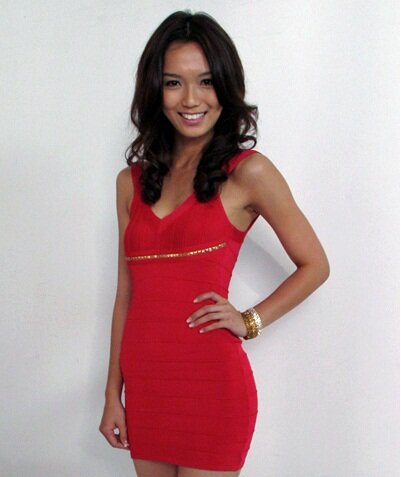 Joanne Peh is a Singaporean actress born on 25th April, 1982. After she won the title of Miss Elegant and Miss Personality in Miss Singapore Universe 2002, she was talent-spotted. Since then Peh has been involved in hosting and acting projects such as PSC Nite, Miss Singapore Universe Semi Finals 2003, The Lunar New Year Show 2004, I Love My Home and The Ties That Bind.

Joanne’s experience with her fellow Caldecott Hill Princess has been nothing short of enjoyable and comfortable, working with Rui En for the first time. Dissimilar many that she has not sensation awful or egotistic to act with talented stars say Kate Pang and Julie Tan and says it’s nice to say new talent. A tacit understanding and relationship had formed between the both of them though the two starlets share little onscreen time together, the NTU graduate revealed in an interview with xinmsn.

The 28-year-old said on their “hard to come by” chemistry at work that “She’s a woman of little words and we can click pretty well whenever there’s a common topic shared between us. We won’t try to intentionally create talking points but that’s not to say we are aloof and cold around each other.”

For the first time on television, she is playing a ‘baddie’ one is a completely new aspect of her acting and expected to be daring with the role.

Joanne had other film commitments for a Ch U feature film, Kelvin Tong’s It’ a Great Great sWorld, and the docu-series, The Activist’s Journey, to keep her always on her toes, before this project came down.

The Activist’s Journey showed the first-time docu-series host peripatetic to compound Asian countries to appreciate humanitarian issues pestilence different societies. Affected by the agonizing imagery and living conditions in these places, the ex-Miss Singapore-Universe runner-up garnered much flak for her “flashy” outfits and letting out one tear too many in the show.

“When you are there, you tend to see, hear, and feel more emotions than watching it through the television set. It’s hard to explain these people’s sufferings. I was expressing my most heartfelt emotions, explained by her. As for those who found my outfits too fancy, we had a stylist onset who prepared them in advance and we were overseas at that time. I had no control over the clothes!”