Jake Lacy is the newcomer who stars in “Better with You” which is airing on ABC at 8:30 and he makes a first positive impression. ‘Better with You’ is a American television romantic comedy television series, which is schedule to premiere on ABC on September 22, 2010. This series revolves around three different relationships that are tightly intertwined in one family. The photo of the three couples is given below: 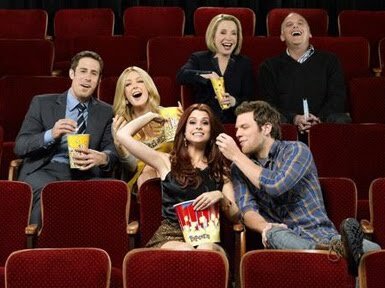 A couple, Maddie and Ben who had been dating for nine years and both are happy despite not taking the next step, marriage. But it is a bit unsettling to them when younger sister Mia (JoAnna Garcia) announces plans to wed goofy musician Casey (Jake Lacy) after just two months of courtship. Maddie is stunned that their parents who have been married for 35 years and have their issues. 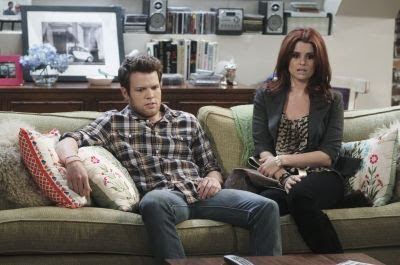 Casey is goofy but well-meaning. He is not the brightest bulb but sometimes he displays more smarts than the other, allegedly more polished characters. The role of Lacy is vital. He has a role of a 2008 graduate of North Carolina School for the Arts in Winston-Salem, N.C. He’d been working odd jobs in New York since graduation. He does the jobs at a club, receptionist at a gym, waiter when he is going on auditions during the day. Before its cancellation, he was a bit player in a few episodes and did a play at Hartford Repertory Theater in Connecticut.

Casey (Jake Lacy) said during an ABC party, “It was a mix of playing hockey and soccer and baseball and slowly stopping that as those schedules began to conflict. I started choosing to be in plays rather than baseball.” 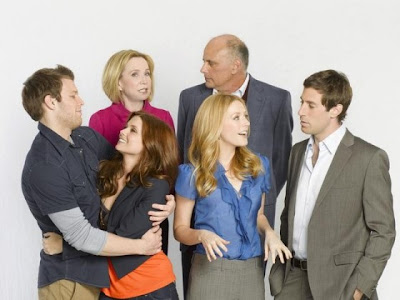 And he learned that he could not view acting as a lark or “just a way to goof off” if he wanted to make it his career.

Growing up, as he said, “out in the woods,” Lacy was inspired in part by a local actor, Rusty DeWees, who invented a Vermonter character called The Logger.

Lacy said, “He was a local guy who was classically trained and he’d chosen to come back to Vermont. He created something that was appropriate and told the story I grew up with and made a living doing it. And it had a lot of heart and it was great to have access to that in a small town.“