One of the stars in the reality TV show Deadliest Catch, Jake Anderson’s father Keith Anderson, who is a popular retired Anacortes High School counselor, has been missing for nearly four month ago and the Anacortes Police Department is asking for the public’s help in locating him. 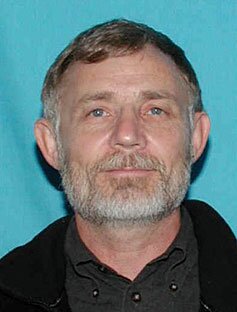 Jake Anderson, a deckhand on the F/V Northwestern crab fishing boat, told AOL News, “I just want to know what happened to my dad“. He also added, “I want to bring my father home. He wouldn’t give up on us, and I’m not going to give up on him. I just don’t know what to do. We need help, and I hope that someone out there will help give us some sort of closure.” Chris Anderson said, “He came to my house that morning, and we had our regular cup of coffee together”, “Afterward, he ran some errands for his family and moved a washer and dryer for one of his daughters. He then went to meet an acquaintance.“

According to Chris and Jake, Keith went to meet his friend to provide Oxycontin, a powerful prescription painkiller because he has a constant pain and suffering from bouts of depression. Keith’s brother Chris said, “He was originally prescribed it for a rotator cuff surgery; then, about six months later, he broke four ribs and it was prescribed again”, “In my personal opinion, they [doctors] give it out too easy. He had been fighting to get off the drug, but it was difficult with the pain he was experiencing, coupled with the pressures he was under.”

He had also pressure of his daughter’s death. Keith’s daughter, who was 37-year-old Chelsea Dawn Anderson, died unexpectedly from complications of pneumonia on Feb. 13, 2009. She had suffered most of her life with rheumatoid arthritis. Jake said, “He always felt that my sister’s disease was his fault“, “He always took care of her, and he never liked to see kids hurt. He would rather be the one hurting. Chris said on January 6, 2010 at about 4:30 p.m., Keith left Anacortes to meet his acquaintance in the Arlington, Washington, area.

“Normally, he would go out and get the pills and be back about three or four hours later, but, that day, he never came back,” Chris said. “One of his acquaintances later said he last saw him in Sultan, which is about 120 miles from where he lives, and that was the last time anyone claims to have seen him”. His family became worried when Keith failed to return home that night. He had never spent a night away from his wife since 43 years of his marriage. When Keith’s wife found his cell phone lying in a mud puddle by their house, her worry turned into her fear.

“[We] talked to that young man and according to him there was a transaction that took place,” Anacortes police Capt. John Small told AOL News. “It sounded like Keith got what he needed and [the guy] dumped Keith off at a grocery store parking lot. He said that was the last he saw [Keith].” At Causland Park, around 200 people gathered for a candlelight vigil for Keith Anderson on January 13, 2010. “We are here because of our love and concern about Keith,” the Rev. Terry Kyllo of Celebration Lutheran Church said during the event. “We all feel anxiety and fear because we don’t know where he is.”

Former students of Anacortes High School have also offered their support to the family, where Keith had worked for 23 years as a counselor. “When I read [about] it on Facebook, I was almost crying. He was such a great guy that I don’t see any bad things happening to him,” Shannah McGinnis told KOMOnews.com. “He needs to be home with his family.”

On Jan. 22, the mystery took another turn, when his white 1999 Ford Ranger pickup was found abandoned 11 miles up a remote logging road northwest of Darrington. The truck was high-centered — stuck between two logs. Chris said, “Someone had tried to get it out”, “You can see where it dug in. There was a rut on each side of the road.” The truck was locked and the keys were found inside according to Chris.

Jake said “My relationship with my dad has always been good“. He also added, “He is the one who taught me how to work hard and earn everything. He has always taken good care of my mom and all the kids. He was a real family man. I miss him and want to know what happened.”

The official search for Keith Anderson was ended on January 28, 2010.