You are here: Home / Entertainment / Jaime Edmondson Does NFL Fashion Photos for TheSmokingJacket.com

Jaime Faith Edmondson, a former Miami Dolphins cheerleader has posed the football fashion photos for TheSmokingJacket.com in order to showcase a new clothing line of NFL.‎ In NFL Fashion posed photos, Jaime appears hot and sexy with the jerseys of different teams.

In tiny football fashion, Jaime Edmonson has given hot and sexy poses. The cheerleader had a photo shoot for the website thesmokingjacket.com for presenting a latest line of NFL fashion for women and NFL gear. In this presentation of pictures, she will be appeared by wearing gear from several teams. Thesmokingjacket.com is shortly known as TSJ. She looks gorgeous with new fashion line as well as fashion line, with her fiery-red hair, beautiful face, and curvaceous body.

This particular range of the clothes is designed especially for women who are hardcore NFL fans and want to appear good. But, these photos make you surprise if girl will really put them on outside of their house. Jamie Edmonson is able-bodied and perfect model for the job of TSJ. Edmondson puts on minimum one item for 25 different teams in the league.

Previously, Jaime Edmondson was being the Playboy Playmate of the month for January 2010. She was being the runner-up on The Amazing Race 14 with friend Cara Rosenthal.

As a former cheerleader for the Miami Dolphins, Jamie Edmonson said when asked about the problems on the set in interview with TSJ, “Ummmm, nobody told me I’d have to wear Patriots and Jets gear! I had no idea the teams would be Playboy’s playoff picks. But after they told me, naturally I expected to see my teal and orange on the rack. No Dolphins? What’s up with that?” 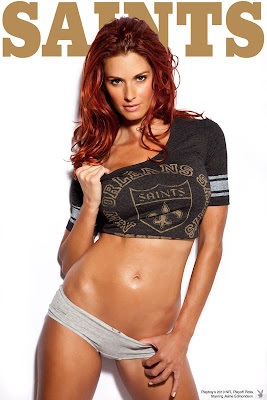 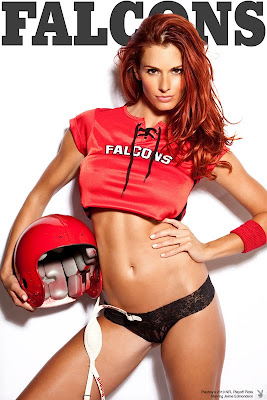 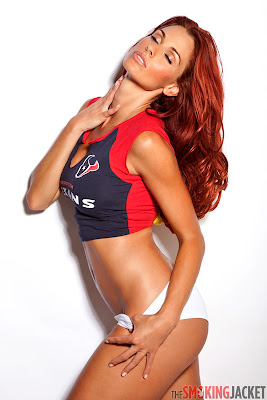 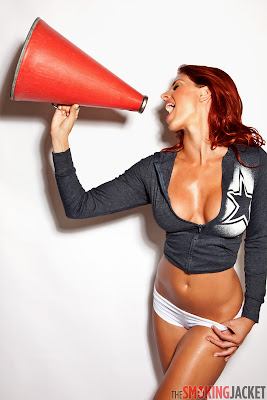