A reincarnation of Bruce Lee is living in Kabul, Afghanistan! Find out details about Martial artist Abbas Alizada who have similar to look to Bruce Lee.

Legends from history are so much inspirational that you can make your life more disciplined, goal oriented and worth to live. Bruce Lee – a legend of martial art known for his skills, disciplined life and humble nature that inspires many people who are amazed with martial arts. Recently news has gone viral on the web about the reincarnation of Bruce Lee. If you see pictures of Abbas Alizada from Afghanistan who has quite good resemblance with marital art legend Bruce Lee, then you will also think you are watching real Bruce Lee. 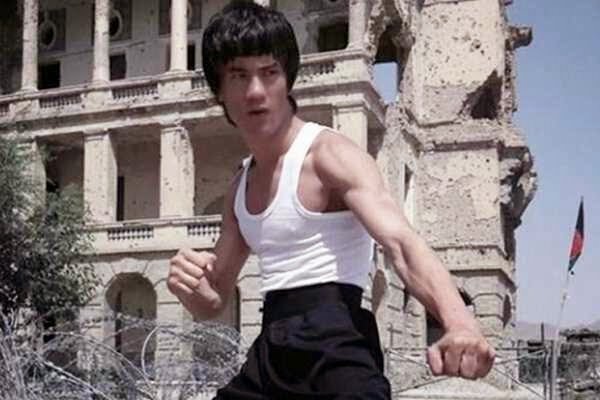 Abbas Alizada is claiming himself as a “reincarnation” of the Hong Kong action film actor Burce Lee and his pictures and video has gone viral on net. Same as an original Bruce Lee, reincarnation of Bruce Lee (Abbas Alizada) is also martial artist. He is posing at various well known places of Afghanistan in similar poses like Bruce Lee with same hair style and clothing. He has said to reporters that “The only news that comes from Afghanistan is about war … I am happy that my story is a positive one.” So it is clear that with its resemblance to Bruce Lee, He is trying to make world see Afghanistan beyond the war torn country.

20 years old Alizada from Kabul, Afghanistan is one of the 10 kids from his parents who do not have so much money to fulfill Alizada’s dream. Still kung-fu master at Afghanistan take him into the classes to teach him various types of martial arts. He has got a Bruce Lee like bowl haircut too. Alizada wants to become an international celebrity with the help of his resemblance to Bruce Lee.

Video of Alzada which has become viral contains him performing back flips, jumps in the air, breaking wood panels and swing nunchuks. Alizada has also recently won a Wushu tournament in Kabul. He trains himself after years of Kung Fu technique at the Darulaman Palace. This place was built during the 1920s by Kind Amanullah Khan. Due to yeas of war in Kabul, the place is damaged too much. As per the statement of Alzada, this place makes him feel bad but also give strength and inspire to make world better. 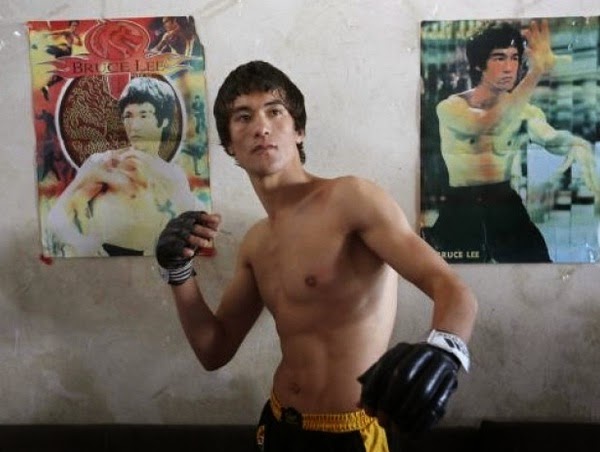 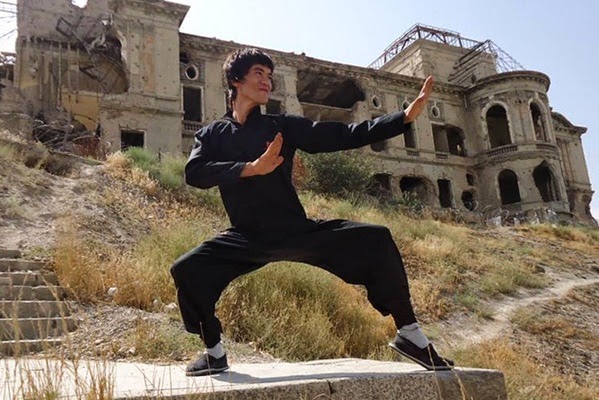 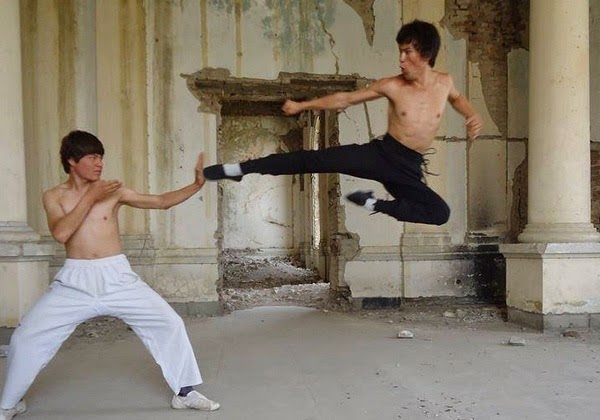 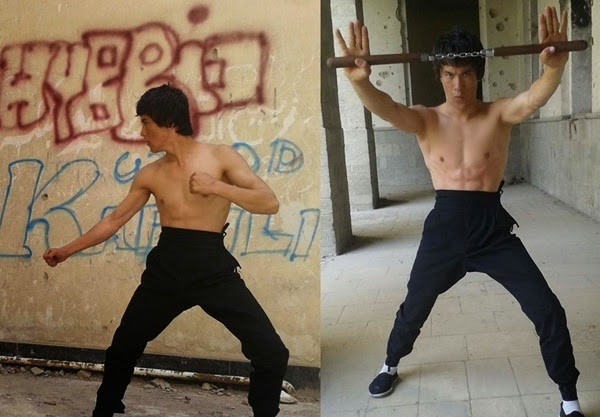