Sreeram Chandra won the Indian Idol 5 grand finale title and he became the fifth Indian Idol with highest vote 4, 48, 650. Yesterday, on 15th August 2010 popular music reality show of Sony TV, Indian Idol 5 was completed after the announcement of the winner. 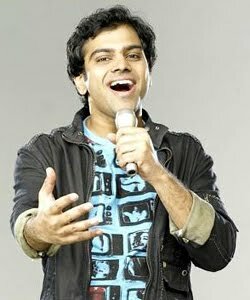 A cheque of 5 million Indian rupees was given to Sreeram and a music contract with a leading film company of India, Yash Raj Films, a contract with the Sony television network of worth 1 crore and many more exciting prizes like a bike, a car are also given.

At the award ceremony, the family of Sreeram Chandra was also present and they were seen very happy on their son’s success in the competition.

In the Indian Idol 5, there were 16 contestants comprised and after the voting of Indian people. Six of them were directly entered into the top 12 round and Sreeram Chandra Mynampati was one of them.

Previously, Sreeram has recorded a song with Shreya Ghoshal for Salim Merchant’s latest movie. And that work, he entered in bollywood music industry.

Many contestants, like Swaroop Khan and more were present during the grand finale. Swaroop Khan in fact was renamed today as “Sher Khan” by judge, Suniti Chauhan. The Grand Finale held at Filmistan Studio.

As special guests, the award winning singer, Shankar Mahadevan, and the best performer of a drama queen character, Kareena Kapoor, Kailash Kher and one of the greatest personalities from India, Mr. Amitabh Bachchan were invited for this awaited moment as to when the singing Idol of the nation would be announced.

The 63rd Independence Day was marked by all contestants with beautiful patriotic performances. From the top three contestants, the only female contestant Bhumi was selected as the ‘Radio Mirchi Jockey’.

Top three contestants got chance to play lifetime Big B’s own game, “Kaun Banega Crorepati” with him. Only this time, role reversals took place. For the first time, Mr. Bachchan sat on the hot seat and answered the three individual questions of the contestants. Mr. Bachchan also wrote a poem for the top three contestants, which he chose to humbly recite to the audience.