You are here: Home / Entertainment / Indian Idol 5 Grand Finale on 15 Aug – Who will Win?

Now Indian Idol 5 is turning in to its Grand Finale with top 3 contestants including Boomi Trivedi, Shreeram and Rakesh Maini. All Indian Idol lovers are eager to know that who will win the Indian Idol 5? The Indian Idol 5 grand finale will be aired at 9:00 pm on 15th August, 2010 on Sony TV. 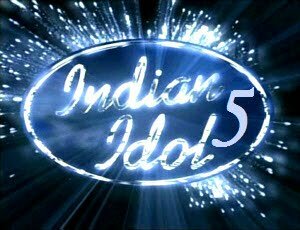 Swaroop the magical folk singer from a small village in Rajasthan was finally voted out by public. Swaroop should not be dissatisfied with his elimination before the Grand Finale as he has had a good run in the competition. He also impressed Bappi Lahiri with his vocal range that the music director has reportedly decided to give him a song in his forthcoming movie Emotional Atyachar.

Now the Top 3 Contestants of Indian Idol performs for the entire week which begins on 9th August 2010. This week is described as Indian Idol 5 Grand Finale week, and every day on the show, celebrities will be seen including Aamir Khan, Udit Narayan, Usha Uthan, Shaan, and Sunidhi from Monday to Friday.

According to many opinion polls, Sreeram is expected to win this title. Bhoomi and Rakesh are other two participants who are part of Indian Idol 5 Top 3. There is news that Indian Idol 5 Grand Finale will take place on 15th August 2010 which is our Independence Day.