President and CEO of Herschend Family Entertainment, Joel Manby appeared on Undercover Boss series on Sunday 29th August, 2010. In this episode, General Director of Herschend Family Entertainment was gone undercover in his own office. This episode shows that life becomes to a real blue collar worker who goes hiding in his own office. 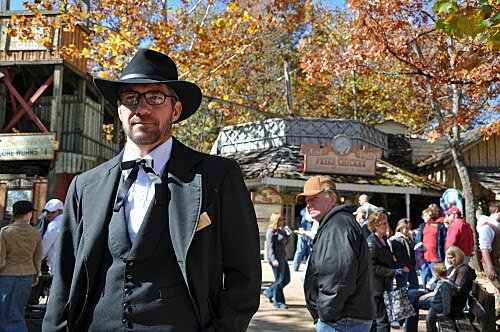 Undercover Boss is a reality television show that places real life CEO’s in undercover positions working for their own company in working regular wage jobs. Originally, this episode was aired on 28th March, 2010. The show also included segments on Dollar City and Showboat Branson Belle, which are owned by HFE. Herschend Family Entertainment (HFE) partners in 24 properties in nine states, including its new property, Silver Dollar City, which is celebrating its 50th birthday this year, the Showboat Branson Belle and White Water in Branson.

During this show, first he visited Stone Mountain Park which is situated in Georgia and noticed how many of workers were really superb with children and was very impressed by the work that they were able to do. After then, he visited his  Silver Dollar City park to try out being a greeter and ticket booth salesperson. He also would visit several other facilities that the company operates in a number of different parks.

After visiting park and working at some of the low level jobs, Manby decided that changes required to be made in the company and told the upper management that the company needed to do a better job of marketing their financial assistance programs, that help employees of the park who are in need of extra funding. When Manby revealed that he was actually the CEO of the company, some of the employees that he dealt with throughout the day were moved to tears. Manby also decided to create numerous new programs that would help employees, including provide scholarships for employees that are going to school full time.

Privately owned themed-entertainment company, Herschend Family Entertainment Corporation  operates numerous theme parks and tourist attractions within the United States. It was founded by Jack and Pete Herschend of Branson, Missouri.  Currently, HFE headquartered in Atlanta, Georgia. The main aim of the company is to “Create Memories Worth Repeating.”