Joseph Cerniglia, 39, of Pompton Lakes, N.J., one of the contestants of Gordon Ramsay Contestant was found dead in the Hudson River on Friday after Rachel Brown. Rachel Brown is also chefs on this show and both were committed suicide after appearing on this show. 41-year-old Rachel Brown shot herself in the year 2007. 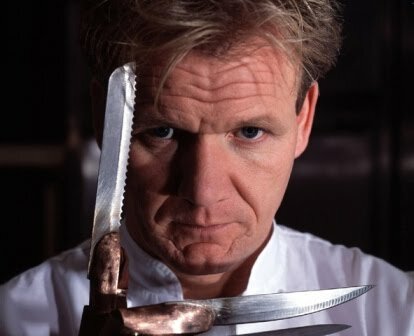 In 2007, Cerniglia had appeared on “Kitchen Nightmares,” a show that subjected struggling restaurateurs to harsh criticism from English foodie Gordon Ramsay. Cerniglia is the owner of a restaurant in suburban New York. Ramsay is tough on contestants. “Your business is about to f – – king swim down the Hudson,” Ramsay told Cerniglia, the married father of three,” according to the Daily Mail. The 39-year-old Joseph, who owned New Jersey restaurant Campania, and said that he was about $80,000 in debt at the time of the show’s taping and his family, showed anxiety over how he conducted the pressure.

In the United States, Hell’s Kitchen is the 2nd highest-rated competitive reality show. The program was started on May 30, 2005 and telecast every year since on an annual and semi-annual basis. Hell’s Kitchen Season 7 premiered and now it had to face such a controversy. It is disheartening to see that the show could have potentially played a role in their decision to commit suicide, although neither of the deaths can be completely attributed to their appearances on the show.

Ramsay fumed about the eatery’s huge portions, lousy food quality, poor service and the sophomoric antics of the kitchen staff. “Why did you become a chef-owner if you haven’t a clue how to run a business?” Ramsay railed at Cerniglia. Cerniglia conceded that “Campania definitely has its share of problems, big problems.” He noted that the once-popular restaurant had fallen into desperate straits. “I’m financially in trouble — the debt of the restaurant alone is overwhelming. My personal debt — wife, kids mortgage — that’s a lot of debt,” he moaned on the show.

“I owe my purveyors about $80,000 right now in cold, hard cash . . . I can’t see us going on another year.” Cerniglia’s wife, Melissa, sobbed during the show, “People like us put everything on the line for a dream, and I just want to see him have the time to succeed.”If this business fails, we will lose everything.” Cerniglia’s business managed to survive after Ramsay made a series of changes and held a grand reopening. In fact, patrons yesterday said the eatery had been thriving. “The place is really doing well — the parking lot is packed on weekends,” said a woman who works at the tanning salon next door.

Another salon worker, Evelina Grzymala, 22, said Cerniglia was grateful to Ramsey for helping him turn his business around. “[Cerniglia] said Ramsey was intense but that he turned out to be a nice guy, that in the end, he helped him out,” Grzymala recalled. “I don’t believe Joe’s gone,” she said sadly. “I saw him here last week, and he was on his cellphone, waving and walking by, like he always did.”

Dr. Robert Yufit, the former president of the American Academy of Suicidology said about suicide, “My guess is that both of these people had major problems before appearing on the show,” Yufit told CBS News. “I would almost bet that the show itself should not be held responsible. I would say that the show might have tripped off something else that was going on in their lives.” A Chicago-based clinical psychologist Yufit said he wasn’t acquainted with the particulars of the deaths. But, he said, the ways Cerniglia and Brown apparently killed themselves suggest that both were determined to die. “Shooting yourself and jumping off a bridge are extreme situations where death is almost a certainty,” he said. “That’s not the case with pills and other, less violent forms of self-harm,” he said.

Video of “Kitchen Nightmares” Chef Found Dead in the Hudson from YouTube: