Get full description of cast and crew, watch trailer video of Hellcats (an American cheerleading, teen drama, and comedy-drama series) Show which has been started from September 8, 2010 on CW.

On last Wednesday night, the much awaited American cheerleading college drama series “Hellcats” premiered on CW. The information about Hellcats series and its cast is given in this article. Also watch the Hellcats Show Trailer from Youtube Video below. 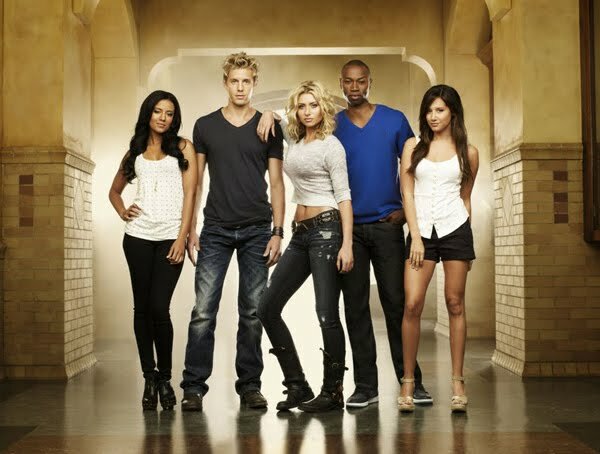 “Hellcats” is an American television cheerleading comedy-drama series started from September 8, 2010 airing once in week on Wednesday nights at 9PM EST after America’s Next Top Model show on the CW Network. It is based upon the book “Cheer: Inside the Secret World of College Cheerleaders” written by Kate Torgovnick.

This series is about sacrifice and competitive sports, follows the story of pre-law scholarship student Marti Perkins (Alyson Michalka), whose dreams of college and escaping her alcoholic mother Wanda Perkins (Gail O’Grady) for a better life as a lawyer could be over before they start when she loses her scholarship to Lancer University in Memphis, Tennessee.

She comes from the wrong side of the town. She is waiting for a new scholarship, after a budget cutbacks and her mother’s constant carelessness cause her to lose her scholarship. She overhears that one of the cheerleaders has become injured and a place on the team is vacant. She doesn’t like cheerleading but upon hearing that the new member would get a scholarship she uses her dancing skills from high school to try out.

Marti fights for a spot on the Hellcats the legendary cheer squad in Lancer and opts for the Scholarship that comes with it, seeing no another option. With her revamped teen gymnastics skills and her freestyle dance moves, she wins the spot. Along with the spot comes a scholarship, the drama of competition, and required team living quarters with roommate Savannah Monroe (Ashley Tisdale). With her job at stake, Coach and former Hellcat Vanessa Lodge (Sharon Leal) pins her hopes to win nationals on Marti and the squad. The drama continues among Marti, her close friend Dan Patch (Matt Barr), her new Hellcat partner Lewis Flynn (Robbie Jones), and the rest of the squad.

Kevin Murphy, Tom Welling and Allan Arkush are executive producers of Hellcats and production companies are Tom Welling Productions, Warner Bros. Television and CBS Television Studios. Keep visiting www.cwtv.com for latest info about the show as well as episodes guide. You can watch the “Hellcats” full episodes video on this site.