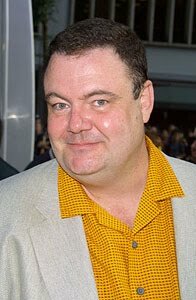 The Personal manager of Glenn Shadix, Juliet Green said to the media that he died in his Birmingham home on Tuesday. Susan Gagne, the sister of Glenn Shadix, said that Shadix died accidentally fall at his condo in Birmingham, Alabama and died of blunt force trauma to his head. He already had mobility problems and was in a wheelchair. His memorial will be organized in Birmingham on Saturday September 11, 2010.

Green, who worked with the actor for over a decade said, “He was one of the most creative, original, funny and wise performers I’ve ever had the privilege to work with.” William Glenn Shadix was born on April 15, 1952 in Bessemer, Alabama. For his collegiate years he went to Birmingham-Southern, and then relocated to NYC. Glenn Shadix was acted in several TV shows, including NBC’s “Seinfeld” (as Jerry’s landlord), and Hercules: The Legendary Journeys as the brothers Typhoon and Typhoon.

Glenn Shadix given his voice actor in “The Nightmare Before Christmas” and he had also seen in dozens of TV shows in his career. Shadix also was in several other movies including Sunset, Meet the Applegates, Demolition Man, Multiplicity, and Sleepwalkers. In winter of 2008 his Queen Anne Victorian home was burnt to ashes in a fire. About the fire he sadly said, “I have lost my dream.”

In a 2008 interview posted on his website, he said he understood why the film about a recently deceased couple trying to evict a family from its former home became a cult classic. “There is a part of me that is not surprised,” he said. “We had so much fun filming this unusual and so very original movie that I had a feeling something very special was happening.”