After the success of season one, the award-winning American musical comedy-drama TV series “Glee” has renewed for second season by Fox. The Glee Season 2 Premiered on Tuesday, September 21 at 8pm on FOX in the United States. This season will consist of 22 episodes. Get the “Glee” Season 2 cast including Charice & Other Casts and premiere episode details below. 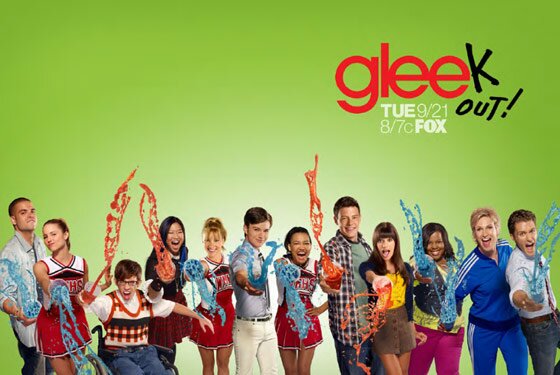 In “Glee” Season 2, McKinley High glee club is back as underdogs after losing at the Regionals. Faced with school budget cuts, they have to recruit new members. Glee series creator and director Ryan Murphy said that the premiere episode of “Glee” Season 2 is about “the idea that everybody’s daily life is an audition for something”

“Glee” season one was written by Ryan Murphy, Brad Falchuk and Ian Brennan. The Season 2 of “Glee” began from September 21, 2010. Season two will follow the club through sectional and regional show choir competitions, to the national competition in New York City.

“After a tough loss at Regionals, the glee club is back as the underdogs of McKinley High. When the school is faced with even more budget cuts, Mr. Schuester pushes the kids to help recruit new members for the club. Rachel and Finn disagree on new recruits, and aren’t sure they will be able to come together in perfect harmony in the “Audition” season premiere episode of GLEE airing Tuesday, Sept. 21 (8:00-9:00 PM ET/PT) on FOX.”

In Australia, second season is premiere today on 22 September 2010. It airs four hour ago in the North America. It also airs in the United Kingdom, Sweden, Norway, Portugal, Italy, Denmark, Spain, Turkey, France, the Netherlands, Georgia, and the Czech Republic. In Asia, it airs in the Philippines, Japan, Southeast Asia, India, Malaysia, Singapore and in Israel

The Filipino pop star Charice join the guest cast of season 2 as Sunshine Corazon. In the September 21 season premiere, Sunshine has clash with Lea Michele’s Rachel, as the new student’s vocal ability intimidated and frightened the New Directions lead singer.

“Glee” Season 2, Episode 2 will be Britney/Brittany air on 28 September 2010. In the episode, when Brittany and the gang try to convince Mr. Schuester to let them do a Britney Spears number, he is reluctant to go that edgy. Meanwhile, an insecure Will is curious about Emmaâs new beau, Dr. Carl Howell (guest star Stamos), so he convinces her to bring him in to talk to the kids about dental hygiene.

Watch the latest episode of Season 2 on www.fox.com/glee/ and more information can be found at insidepulse.com