You are here: Home / Entertainment / Gabriel Iglesias on Conan premiere

American television host, comedian, and producer, Onan O’Brien confirmed his upcoming show titled “Conan” on TBS which will be premiered on November 8, 2010. Conan is an American late-night talk show that hosted by Conan O’Brien. As guest, Gabriel Iglesias will also star role in the Conam. The 34-year-old, Gabriel Iglesias is famous for his loud aloha shirts, animated story telling and funny impersonations. 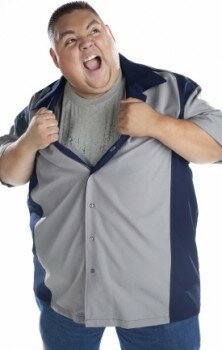 San Diego native Iglesias was abandoned by his father when he was 4 and was left with his mother. He is also called as “Fluffy”. He earned graduation degree from Wilson High school in Long Beach. Iglesias is bringing a mixture of storytelling, parodies, characters, and sound effects in his comedy.

Gabriel Iglesias stated on facebook, “I will not be on Conan new show til DEC. I have prior commitments that I can’t cancel. Thank you to Team Coco for thinking of me first.”

Gabriel Iglesias: “GOOD NEWS!! Team Coco asks me to be the first comedian on his new TBS late night show. And they said I would never be on TBS at 11pm.”

There is still much to do during the show begin airing in November such as finding of the audience, finishing the studio and even finding a few jokes. The Conan is ready to hand out new video and information on a daily basis, but this little bit of info has not been stated up till now, apart from by Gabriel. As of the reaction on his Facebook page, fans are eager to watch him on the Conan premiere.

Gabriel Iglesias says that while Conan is receiving screwed in his deal with NBC, the fans are the ones appearance as winners. The comedian’s success is only getting bigger with a hit comedy special airing on Comedy Central and available on DVD.

The Conan tracked the recognized six-piece format previous host Jay Leno used with elements established by O’Brien during his tenure on Late Night. Its most of the episodes included a second segment, immediately after the monologue as well as a full comedy sketch. During the show, an interview with either one or two guests followed with a musical or comedy performance.