You are here: Home / Entertainment / Florence and The Machine perform ‘Dog Days Are Over’ at VMA

Florence and The Machine perform ‘Dog Days Are Over’ at VMA

On Sunday, Florence And The Machine, one of the most anticipated performers performed their single ‘Dog Days Are Over’ at MTV Video Music Awards in Los Angeles, California held at the Nokia Theatre. There were numerous performers performed in 2010 VMA with huge acts like Eminem, B.o.B. & Hayley Williams, Drake, Usher, Kanye West, Taylor Swift, Linkin Park and others to debut their newest singles and collaborations. 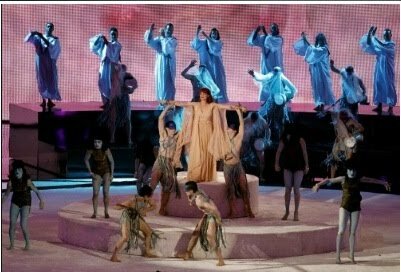 The British singer, Florence And The Machine got nomination in various categories like Video of the Year, Best Rock Video and Best Art Direction for their hit “Dog Days Are Over”. The MTV Video Music Awards was hosted by Chelsea Handler. Florence Welch left a lasting impression in the minds of many who may not have been well-known with her music or cinematography but with her a pastel dress that matched her pale skin and reddish hair singing while spinning on a rotating platform.

The performance started with an aerial view that seems like an enchanting, while her folk like voice did the lyrics proud as a band of barely-dressed performers surrounded her. The lead singer, Florence started singing her single “Dog Days Are Over” while lying down. She sang with very powerful vocals. With those powerful vocals, she got back down on her knees again delivering a more theatrical performance. She really got more into the performance as well.

The executive producer of the 2010 VMA’s, Dave Sirulnick, gave Florence and the Machine high praise as he described their upcoming performance as, “beautiful, breathtakingly done and otherworldly.” The song, “Dog Days are Over” has appeared on television a few times, including in the commercial for Eat Pray Love. The video for “Dog Days Are Over” won a VMA earlier in the evening for Best Art Direction. The song is off her debut album “Lungs”, which premiered last summer. This song reached on number one on the UK charts.

The MTV VMAs was took place on September 12 in Los Angeles. Last week Florence said of her nominations: “I’m still kind of processing it, to be honest, It’s such an iconic event, and it’s something I’ve watched on TV since I was a kid. It’s one of those things: It’s not real life, it’s a dream scenario. “It’s kind of strange and wonderful and terrifying all at the same time.” We’re already looking forward to seeing the star’s outfits and performance at the show. A similarly flamboyant female Lady GaGa leads the nominations- featuring in 13 categories.” 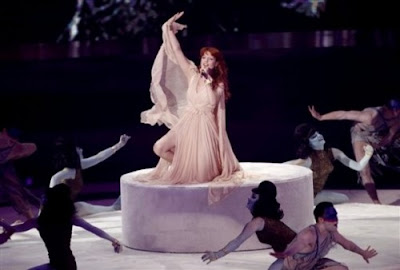 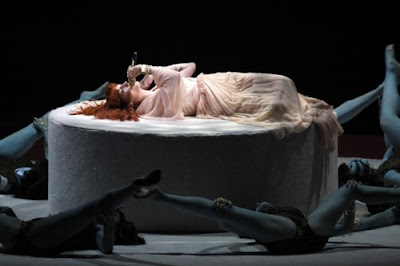