On 1st October 2010, a Tamil movie Endhiran will be released at theaters. It is assumed that this movie is the triple digit crores project is all set to hit screens on 1st week of October and the trailer of ENDHIRAN has hit the small screen. The prominent roles will be played by Rajnikanth and Aishwarya Rai. This is a story android based humanoid named Prem. The first part in Endhiran movie has lot of surprises and rest half has actions and rides. Endhiran movie is action film full of technology usage for action sequences of both Rajnikanth and Aishwarya. Kollywood movie named Endhiran is one the costliest movie in Tamil cinema. 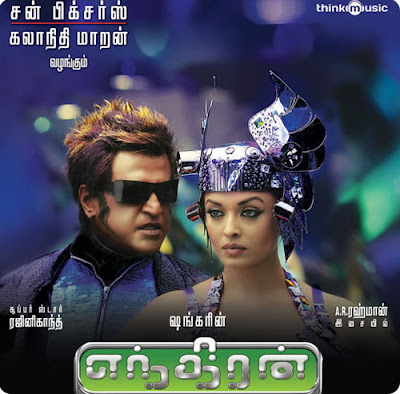 The producers and directors of Tamil industry is showing apathy in releasing their films, as they do not want to face the indignation of Sun Pictures super promotion. The prime motive of Sun pictures is the 190 cores budget is said to be vastly promoted with a budget of Rs 15 crores exclusively. All over the world, the movie will hit almost 3000 screens. Ashwariya and Rajnikanth will be seen promoting the film from October 1st, 2010 in the overseas. So, with no cut throat competition, director Shankar is sure to capture the limelight and the attention in the Tamil cinema industry.

The movie has targeted to earn 600 crores, according to the sun pictures calculations. Although, the film critics do not estimate the assumed amount and are expecting around Rs 290 crores as an overall collection. This movie is one of the most expensive films with a heavy dose of special effects. No wonder then that the film has been in the making for quite some time now. However, there is good news for fans who have been eagerly awaiting this film.

In Endhiran movie, Rajni plays double roles. One is a scientist and the other is a Robot. Scientist Rajni creates a Robot with artificial intelligence like that of sixth sense in humans to help human beings and to the development of the country. But its silicon heart falls in love with Aishwarya Rai. Writes romantic poems and the Robot behave just like a human being. Knowing about the extra ordinary intelligence of the Robot the villains try to get control of the Robot. Scientist Rajni fights to save the Robot falling into the hand of the enemies and destroys the evil forces using the Robot itself.