You are here: Home / Entertainment / Eminem’s ‘Love the Way You Lie’ Music Video to Premiere on Thursday

Eminem’s Music Video of ‘Love the Way You Lie’ is going to be premiered on today. This song is featured by Eminem and Rihanna and both will look sizzling in this Music Video. “Love The Way You Lie” is a nice song which will get a lot of popularity when it came out and people started loving the single because of the music and the strong lyrics. 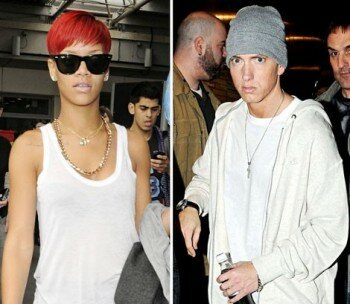 In Los Angeles, the shooting of this song is held, the video was directed by Joseph Kahn and will see Megan Fox and Dominic Monaghan playing a couple who goes through “the extremes of an abusive relationship.

“Joseph and I worked pretty closely together to make sure we got this right,” Eminem said in a statement. “Trying to make this tough subject work visually is a challenge. It was great to have Rihanna, Megan and Dominic on board for this … .they really brought it and made this video super-powerful.“

It isn’t known who the lyrics are from, but knowing Eminem and analyzing the feel of the lyrics of the song it surely seems like he was the one who wrote it.

The lyrics of the song “Love The Way You Lie” are really strong and there is a lot of talk about violence and the fact that one lover enjoys how much suffering that lover goes through and doesn’t really complain about it. There are also words in the lyrics that tell about the time when a relationship reaches a low point and anger and rage gets so out of hand that the guy even hits the girl. There is regret involved with the “hitting” part and overall it’s a great and emotional song.

Lyrics of Love The Way You Lie :

[Eminem – Verse 1]
I can’t tell you what it really is, I can only tell you what it feels like
And right now it’s a steel knife in my windpipe
I can’t breathe but I still fight while I can fight
As long as the wrong feels right it’s like I’m in flight
High off her love, drunk from my hate, it’s like I’m huffin’ paint
And I love it the more I suffer, I suffocate
And right before I’m about to drown, she resuscitates me, she f**kin’ hates me
And I love it, “wait, where you goin’?”
“I’m leavin’ you,” “no you ain’t come back”
We’re runnin’ right back, here we go again
So insane, cause when it’s goin’ good it’s goin’ great
I’m superman with the wind in his back, she’s Lois Lane
But when it’s bad it’s awful, I feel so ashamed I snap
Whose that dude? I don’t even know his name
I laid hands on her
I never stoop so low again
I guess I don’t know my own strength

[Eminem – Verse 2]
You ever love somebody so much you can barely breathe
When you with em you meet and neither one of you even know what hit em
Got that warm fuzzy feeling
Yeah them chills used to get em
Now you’re getting f**kin’ sick of lookin’ at em
You swore you’d never hit em, never do nothin’ to hurt em
Now you’re in each other’s face spewin’ venom in your words when you spit em
You push pull each other’s hair
Scratch claw hit em throw em down pin em
So lost in the moments when you’re in em
It’s the face that’s the culprit, controls you both
So they say it’s best to go your seperate ways
Guess that they don’t know ya
Cause today that was yesterday
Yesterday is over, it’s a different day
Sound like broken records playin’ over
But you promised her next time you’ll show restraint
You don’t get another chance
Life is no nintendo game, but you lied again
Now you get to watch her leave out the window
Guess that’s why they call it window pane

[Eminem – Verse 3]
Now I know we said things, did things, that we didn’t mean
And we fall back into the same patterns, same routine
But your temper’s just as bad as mine is, you’re the same as me
When it comes to love you’re just as blinded
Baby please come back, it wasn’t you, baby it was me
Maybe our relationship isn’t as crazy as it seems
Maybe that’s what happens when a tornado meets a volcano
All I know is I love you too much to walk away though
Come inside, pick up the bags off the sidewalk
Don’t you hear sincerity in my voice when I talk?
Told you this is my fault, look me in the eyeball
Next time I’m pissed I’ll aim my fist at the drywall
Next time there won’t be no next time
I apologize even though I know it’s lies
I’m tired of the games I just want her back
I know I’m a liar if she ever tries to f**kin’ leave again
I’ma tie her to the bed and set this house on fire