Martyn See Tong Ming’s produced movie “Dr Lim Hock Siew” will be banned by Censors from July 14 under the Films Act, for being “against the public interest“. 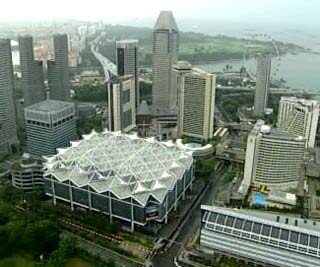 A statement from Ministry of Information, Communications and the Arts said the film “gives a distorted and misleading portrayal of Dr Lim’s arrests and detention under the Internal Security Act (ISA) in 1963.” It also added that the government “will not allow individuals who have posed a security threat to Singapore’s interests in the past, to use media platforms such as films to make baseless accusations against the authorities.“

The film has also not been granted a certificate for its exhibition. The movie tells story about former leftist leader and political detainee.

The film has been banned under Section 35(1) of the Films Act. Those who own or distribute a prohibited film can be fined up to $10,000 and/or jailed up to two years or both.

Last September, censors passed “Singapore Rebel“, a film by the same filmmaker which features opposition figure Chee Soon Juan. After it was banned, it passed with an M18 rating four years.

It became the first political film to make the cut after the Films Act was amended in March to relax the rules on such films.

The Ministry of Information, Communications and the Arts also said, “The Singapore Government will not allow individuals who have posed a security threat to Singapore’s interests in the past, to use media platforms such as films to make baseless accusations against the authorities, give a false portrayal of their previous activities in order to exculpate their guilt, and undermine public confidence in the Government in the process.”

A ban was slapped on Singapore Rebel, See’s documentary on opposition figure Chee Soon Juan, in 2005, but this was lifted in March last year. Another film “Zahari’s 17 Years,” on former political detainee Said Zahari, was banned in 2007.

Mr. See told to MediaCorp yesterday that he had expected his new film, which features Dr Lim’s speech at a book launch last November, to get the green light as Dr Lim had been interviewed by The Straits Times and the book, Fajar Generation, had been permitted for sale here. The book tells of the struggles in the 1950s and 1960s of the University of Malaya Socialist Club, of which Dr Lim was a member. He also said that he had also been asked to remove the YouTube video of the film, which he is “considering”.