Dominic Monaghan describes his tattoo on yesterday night in LA Ink season 4. Dominic Bernard Patrick Luke Monaghan is British actor who was born on 8 December 1976. He received international attention from playing Merry in Peter Jackson’s adaptation of J. R. R. Tolkien’s The Lord of the Rings and for his role as Charlie Pace on the television show Lost. 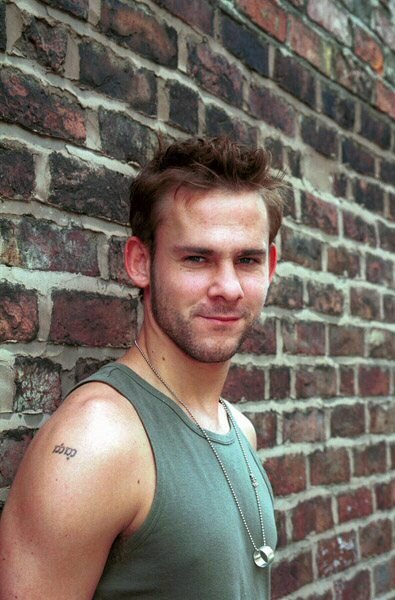 On his right arm he has a tattoo of the English word “nine” written in Quenya-mode Tengwar, a reference to his involvement in the Lord of the Rings and the fact that his character was one of the nine members of the Fellowship of the Ring. Seven other cast members and one of the stunt doubles (John Rhys-Davies’ stunt double) also got matching tattoos during the film’s production, at Dominic’s instigation. Below that tattoo is another that reads, “Life imitates art”, an Oscar Wilde quote. 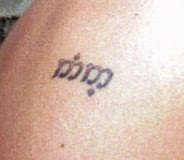 On his left arm is a tattoo, “Living is easy with eyes closed, misunderstanding all you see,” a line from The Beatles’ “Strawberry Fields Forever”. He also has two stars tattooed on his left foot, one black, and one white. In 2010, Monaghan got another two tattoos, one on the upper side of the back (“Love you take is equal to the love you make”, taken from the song “The End” by The Beatles) and one on the lower right arm (“Luminous beings are we, not this crude matter”, a quote from Yoda). 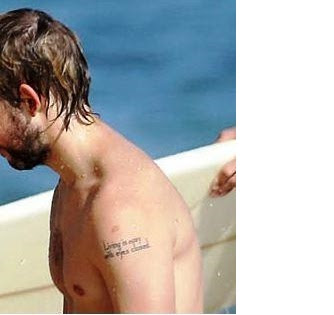 The actor describes the tattoo: he wants in the sneak peek video and shares the story behind his reasoning.

Yesterday’s episode is about the decision between friendship and business along with the gray in-between. Check out the sneak peek video with Dominic, he definitely is a great way to start the show!