To connect with its consumers, Walt Disney has launched a new social media site called Disney Memories. The site offers the visitors to share their favorite memories about their experiences with Disney and its theme parks. At Disney Memories, the visitors can upload photos, videos, experiences, and share them with the Internet. Disney also plans to utilize the content submitted by fans in TV ads, brochures, print ads and other marketing. Also to share the precious moments with Facebook friends, if the users have visited a Disney theme park and have pictures, then they can share it with Mickey’s friends.

Tom Staggs, chairman of Walt Disney Parks and Resorts said at a New York event Thursday launching the site, DisneyParks.com/Memories, “We’re inviting our guests to share their family memories online and in the parks. We’re making them the centre of this campaign”.


A national TV ad for the campaign planned to start airing Friday which was created from videos posted online by fans. Advertising is not the only aspect where Disney will be using user generated photographs. Disney will include experiences of families in its night time show. Also the photographs of families who have had the Disney experience will be projected against Cinderella’s castle in the Magic Kingdom in its night time show. This display close to 500 photos each day across various locations and will be known as “It’s a small world.” Although a spokesman said most of those projected images would be shot by Disney photographers. 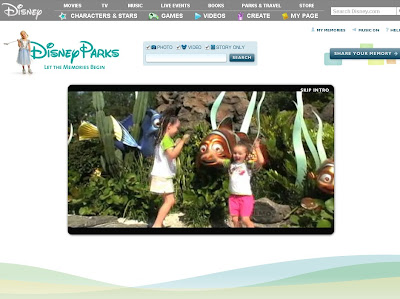 All content submitted to the site will be moderated before it is posted. Disney did not straight away say how long the lag time would be or how users would know if their content was being used. The website will accept text from fans describing their memories of Disney visits in addition to photos and video. The users can also submit material via Facebook.com/WaltDisneyWorld, Facebook.com/Disneyland, Youtube.com/DisneyMemories, or Myspace.com/DisneyParks besides submitting by the new website.