You are here: Home / Entertainment / Deepti Naval tries to get Indian citizenship yet

Deepti Naval tries to get Indian citizenship yet 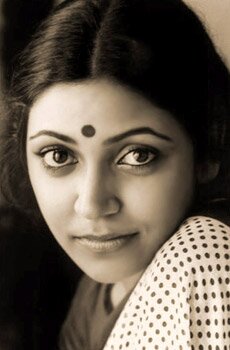 On the other hand, not a single foreigners working in Bollywood has so far not applied for citizenship, though some of them are living in India for more than seven years, they are Bollywood Beauty Queen Katrina Kaif (UK citizen), Deepti Naval ( US citizen), Salma Agha (UK citizen) and Yana Gupta (Czech citizen).

Deepti Naval is much-admired Indian actress because she has acted in over 75 Hindi films. Deepti Naval is the most often worked in art house and independent films, known as parallel cinema in India.

The visa category of dozens of foreigners who entered India on a tourist visa and began working in the film industry is being busy analyzed by the immigration department. An immigration official asked that when one can get an employment visa and work on the basis of it, then what is the need of working on a visitor’s visa?”
The department is now classifying the visa details of foreigners who entered the country on a specific visa but are flouting the rules.

A police officer from the immigration department said, “Most of the actors and other foreigners working in Bollywood prefer staying here on an employment visa. Sometimes they ask for an extension in visa period. We consider whatever is correct as per the law.”

Adnan Sami is a Pakistani singer who has been staying in Mumbai along with his German wife.
An American national can stay in India on a tourist visa for as long as 10 years as per a bilateral treaty between India and the US. The same is applicable to Indian citizens in America also.

On a short-term tourist or employment visa, some models are come to India. They did not get their visa extended had to face the law. on February 7, 2005, Norwegian model Negar Khan was deported from India.