DC Comics, a Warner Bros. Entertainment Company, is the largest English-language publisher of comics in the world and home to such iconic characters as Superman, Batman, Wonder Woman and the Sandman. These DC Super Heroes and others have starred in comic books, movies, television series (both animated and live-action) and cyberspace, thrilling audiences of all ages for generations. DC Comics’ Web site is located at www.dccomics.com.

Sony Online Entertainment announced that fans of their upcoming superhero MMO DC Universe Online will be able to enter a tournament during the convention for prizes and glory. Teams of two will square off in a ladder tournament, heroes versus villains. The two finalists will battle in an arena for the title of Next Legend. Your progress will be tracked on the DCO website, Twitter, and Facebook, so don’t mess up. At stake: prizes, notoriety, and the chance to create your very own DCUO character for the game.

The registration for the tournament will be started from July 14, 2010 and closes July 18, 2010 at 11:59PM PT. Players must e-mail the following information to [email protected]:

The contestants will be selected at random via lottery system and notified of their eligibility for the tournament on July 19, 2010 at 5:00PM PT. The competition will be ladder style, with eight teams competing on Thursday, four on Friday and the finals taking place on Saturday. Tournament highlights will be tracked and updated on the DC Universe Online website (www.dcuniverseonline.com), as well as on the DCUO Facebook and Twitter pages. 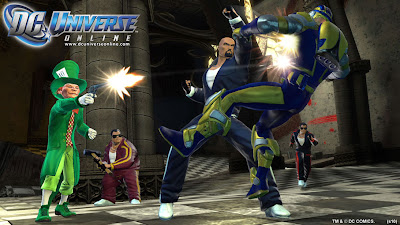 The two finalist teams will both receive the chance to create an in-game character that will be put into the live game as part of a high-level combat encounter, becoming a permanent part of the game world. Both finalist teams will also receive a copy of DC Universe Online at launch (PC or PS3 version).

The winning team earns the title of Next Legend, and will receive a prize package of DCUO-related gifts, including a limited edition Batman/The Joker poster autographed by superstar artist and DCUO Executive Creative Director, Jim Lee, a DCUO Collector’s Edition game pack and an SOE 30-Day Game Time card. 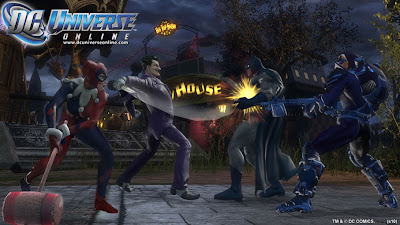